Game of Thrones Will Have Super-Sized Season Finale

The leaks are true: HBO.com has confirmed the titles and running time of the final two episodes of Game of Thrones season 6.

One of these titles could be construed as a spoiler, however, so if you want to truly know nothing about the last two episodes, stop reading now…

The title of episode 9 (and this is the spoiler-y one) is “The Battle of the Bastards” – presumably referring to the epic Jon Snow vs. Ramsay Bolton face-off that’s been teased all season. The Thronesshowrunners have previously told us that season 6 includes the biggest battle in the show’s history and it’s fair to assume this is it. The running time is 60 minutes, which is firmly on the long side. That episode airs June 19.

The title of the finale is “The Winds of Winter” – a nod to George R.R. Martin’s forthcoming sixth novel in his A Song of Ice and Fire Saga (which was also given a verbal shout-out by the theater troupe in Braavos earlier this season). The finale is a whooping 69 minutes long – which makes it the longest Thrones episode ever. That airs June 26.;

Both episodes are directed by Miguel Sapochnik, who helmed last year’s acclaimed “Hardhome.”

There are no descriptions yet for either episode, despite a bogus “leaked” finale description that some sites posted. That one includes a rather hilarious Lady Stoneheart trolling attempt – “Brienne (Gwendoline Christie) meets a friend turned foe” – as if the Thronesproducers would ever put such a baiting line in their ultra-vague descriptions).

But there is a description for episode 8, “No One,” which airs Sunday. Here is the description and preview.

Previous: Coverage of last week’s “The Broken Man”: Read our Q&A with producer Bryan Cogman where he discusses the return of The Hound. Also see our interview with Ian McShane about his guest star character Brother Ray and his other upcoming projects. Check out our deep-dive recap for our thoughts on the episode, and don’t forget to subscribe to our Game of Thrones Weekly podcast (The latest episode is posted below). 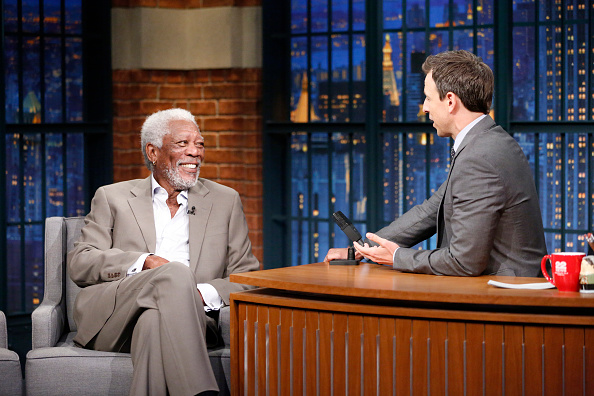 Morgan Freeman Reveals His Only Complaint About The Shawshank Redemption
Next Up: Editor's Pick