Donald Trump told a well-known Christian conservative writer that he hopes not to have to ask God “for much forgiveness.”

In an interview with political columnist Cal Thomas, the presumptive Republican nominee was asked about his statement in 2015 that he had not asked God for forgiveness. This time, he gave a slightly different answer.

Trump has been courting evangelical Christians in recent weeks as he tries to unite the Republican base for the general election. As TIME’s Elizabeth Dias reported, a group of top evangelical and social conservative leaders are planning to meet with him soon to talk about his positions and his faith.

Thomas also asked Trump, who is Presbyterian, about his thoughts on Jesus.

In a 2015 interview at an Iowa event sponsored by social conservative groups, Trump said that he doesn’t “bring God into that picture” when he’s trying to make amends, though he does participate in Holy Communion.

“When I drink my little wine—which is about the only wine I drink—and have my little cracker, I guess that is a form of asking for forgiveness, and I do that as often as possible because I feel cleansed,” he said. “I think in terms of ‘let’s go on and let’s make it right.'”

During the Republican primary, Thomas opposed Trump’s candidacy, saying he did not believe he was a true conservative and arguing that his story of how he became pro-life after previously supporting abortion rights “lacks credibility.” 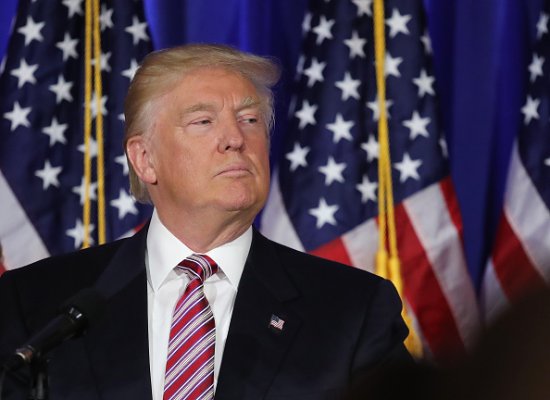