Watch Dogs 2, coming this November 15 for PC, PlayStation 4 and Xbox One, looks and sounds even more remarkable than Watch Dogs did when studio Ubisoft Montreal trotted out the latter in 2012. That’s the takeaway from today’s nearly 20 minute world premiere, which included nods by studio heads to features the first game delivered half-heartedly. It had me wondering whether the new game shouldn’t be subtitled “Watch Dogs 2: No Really, We’re Serious This Time.”

Serious about letting you interact with its new San Francisco-based open world more meaningfully, that is. You play a new hacktivist of sorts who’s adept at parkour in a way the last game’s protagonist wasn’t, ergo moving through the Bay Area’s multifaceted urban-scape should (in theory) feel more gymnastic and vertical. The world itself is now capable of many more autonomous permutations, claims Ubisoft, calling it “almost a simulation” and stating that it “feels like the city is alive even if you do nothing.”

Above all else, hacking’s been completely rethought to make it feel like your connection to a city that’s once more given itself over to a sort of master control program is both fluid and deep. Hacking in Watch Dogs, you’ll recall, was limited to a handful of municipal systems and preselected characters or vehicles. And hacks rarely recombined to create emergent scenarios that surprised or delighted.

In Watch Dogs 2, by contrast, Ubisoft says it’s going to let us hack almost anything: any vehicle, any person, multiple people simultaneously and most of the electronics throughout a city that looks as sprawling and intricate as Rockstar’s San Andreas. Whether there’s interplay between those systems as they’re triggered or to what extent that interplay matters remains to be seen. But the messaging is clear: Ubisoft’s listened to all the complaints about hacking’s superficiality in the first game, and feels it’s addressed them here.

And that’s about it. I’ll be going hands-on with the game next week at E3 in Los Angeles, and have more to say about it then. 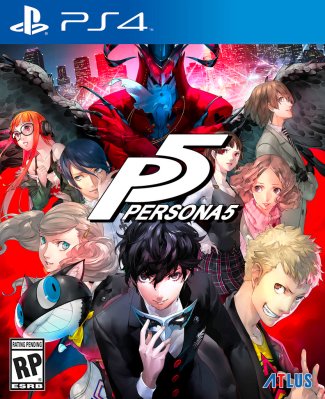 You Can Have 'Persona 5' for Valentine's Day Next Year
Next Up: Editor's Pick