France to Kick Off Euro 2016 Under Shadow of Terror Threat

Fan zone at the Champs de Mars under the Eiffel Tower ahead of the UEFA 2016 European Championship in Paris, June 7, 2016.
Charles Platiau—Reuters
By Vivienne Walt / Paris

This was supposed to be a week of wild excitement for France, as millions of soccer fans and 24 national teams arrive in the country for the four-yearly European Football Championships—a month-long tournament of the world’s most beloved sport, featuring many of the best players on the planet.

Instead, after months of violent protests over labor reforms, and epic floods that burst the banks of the River Seine last week, France is set to begin the event on Friday evening with all the fatigue of a team already down a few goals and wary of conceding more.

Leaving aside the ongoing demonstrations—including a strike by French pilots that is due to begin on Saturday—the championships have emerged as the crucial test for the country’s ability to secure itself against further terrorist attacks. “The level of threats has never been so high as today in regard to the Islamic State and other jihadists,” says Jean-Charles Brisard, chairman of the Paris-based Center for the Analysis of Terrorism. “So the timing is a real challenge for everyone.”

Few could have predicted that challenge back in 2010, when France celebrated winning the bid to host the Euro 2016, as the tournament is known on the continent. But in recent weeks, the talk on French television over a potential attack during Euro 2016 has almost overwhelmed the pre-match discussion about the teams’ chances.

The stakes are extremely high, both practically and symbolically. If the championship concludes on July 10 without incident, French officials might finally be able to turn the page on the traumatic events of 2015 — the Paris attacks last November 13, which killed 130 people, and the Charlie Hebdo attacks in the French capital in January last year, which killed a total of 17 people.

The government says it is taking no chances. About 90,000 extra military and police will be stationed around the 10 stadiums and in “fan zones” across the country as seven million visitors arrive in the country for the tournament’s 51 matches. French police have spent weeks conducting mock drills around the country, testing to see how prepared they are if, for example, there was a chemical attack or if a masked gunman opened fire in a crowded fan zone—terrifying possibilities for those who hope simply to enjoy the games.

Nevertheless, officials are determined not to let the stringent security checks get in the way of the sporting celebration. “The matches are of course all going ahead and the fan zones are maintained,” Prime Minister Manuel Valls said this week. “Why? Because it’s very important at a time of threat to show that life goes on.”

Europe’s security officials say they have planned for months how to keep the matches safe. In an interview with TIME last month, Rob Wainwright, director of Europe’s police organization, Europol, said the championships were “obviously” a potential target but insisted a robust security plan was in place. “It is impossible to reduce the threat to zero, but IS [Islamic State] will find it difficult to mount an attack,” he said. “They may wish for one, but they will find it difficult.”

Yet there are reasons to remain nervous. Both U.S. and U.K. officials have issued travel warnings ahead of the festivities, saying that there is the risk of a terror attack. After the Brussels attacks in March, the French paper Liberation reported that the jihadists had planned to mount an attack on the soccer tournament, and had only targeted the Brussels Airport and Metro train as a desperate alternative as police closed in on their hideout in the Belgian capital. The details, said the paper, were uncovered on the laptop of Mohamed Abrini, the surviving attacker of the airport bombing.

Police in Ukraine claimed last week that they had arrested a French man with a van-load of heavy weaponry bound for France, which they said were earmarked for terror attacks, including against the tournament. French officials dispute that account, saying their intelligence agencies have detected no such threat.

In fact, French officials seem determined to tamp down anxieties about terrorism. Last week Interior Minister Bernard Cazeneuve rejected a request from the police chief Michel Cadot to shut the huge “fan zone” erected at the foot of the Eiffel Tower, on days when there are matches in Paris, saying his overstretched force “could not offer the optimal security.”

When TIME visited the zone beneath the tower on Wednesday, dozens of police and private security officers stood guard outside a series of gates cordoning off the huge open field, called the Champs de Mars. The area can pack in about 92,000 fans, who will watch matches on eight giant screens erected around the field.

From Thursday, visitors will pass through magnetic detectors, as well as having their bodies frisked by teams at each gate. Inside, 46 closed-circuit cameras connect to a security building on the grounds. A free concert on Thursday night by French D.J. David Guetta kicks off the month’s events, on a stage beneath a giant soccer ball suspended under the Eiffel Tower’s legs. “I can understand why people might be nervous,” said one organizer, who was not authorized to speak to journalists. “But we will show that we are going to party.” 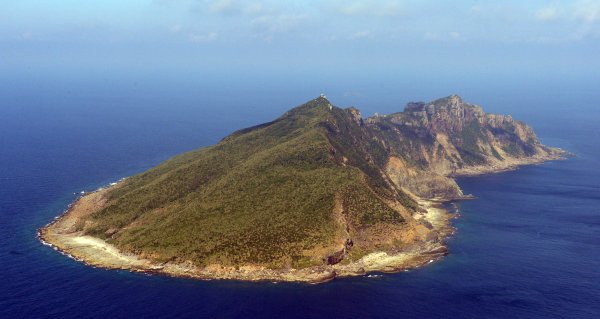