Geena Davis Is Producing a Documentary About Gender Disparity in Hollywood

When Geena Davis starred in Thelma and Louise and A League of Their Own in the early 1990s, many saw those movies’ success as evidence that a new wave of female-driven films would soon unfurl, correcting the gender imbalance that had plagued Hollywood for decades. But more than 20 years later, the industry continues to move slowly in countering the sexism—often unconscious, often attributed matter-of-factly to the now-tired excuse of “box-office risk”—that keeps women from moving forward.

So Davis, who has long been outspoken on the issue of sexism in her field, has announced plans to produce a documentary on gender disparity in Hollywood, according to Variety. The film will weave together expert interviews and first-person accounts, all backed up by data collected by Davis’ Institute on Gender in Media. It will aim to both outline the systemic effects of unconscious bias and provide a roadmap for change—some of which will require major shifts in thinking and some of which, as Davis has said, are as simple as going through a script and changing the names of characters from male to female.

“I’ve been encouraged by my peers speaking out on gender disparity in recent years, but we still are not seeing the actual number change,” Davis said. “There’s been no real improvement in the number of female roles since 1946 and there’s still a dearth of female directors.”

As Davis wrote in TIME last fall, the ratio of female-to-male speaking characters in movies is one to three. Women comprise 17% of people shown in crowds in live-action and animated films. The statistics are often worse behind the camera: in 2015, just 9% of directors of the top 250 films were female, and one-third of the those films did not employ a single woman in the roles of director, writer, producer, editor or cinematographer.

Hollywood has been slow to change not only when it comes to women, but when it comes to representation of and creative opportunity afforded to people of color and LGBT people. If one thing has changed of late, it’s the overwhelming chorus of voices demanding that those in positions of power—the studio executives who greenlight projects and hire directors, the directors who cast actors, and so on—take steps toward diversifying the stories depicted onscreen and the people entrusted to tell them.

There’s no dearth of evidence at Davis’ disposal for her documentary to make its point. The question is whether it can help that point be heard by the people who need to hear it, and whether they take its demands to heart. It won’t hurt if this summer’s all-female Ghostbusters and next year’s Wonder Woman do gangbusters at the box office—though it seems the success of The Hunger Games, Mad Max: Fury Road, Bridesmaids and other lady-led box-office toppers are quickly forgotten. If insanity is doing the same thing over and over again and expecting different results, then what is the word for doing the same thing over and over again and having those results ignored? Whatever it is, perhaps Davis can help eliminate it from Hollywood’s vocabulary. 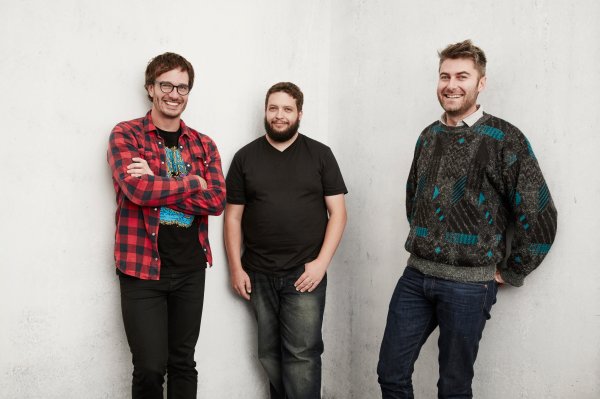 Go Inside the Twisted World of Competitive Tickling in an Exclusive Clip From Tickled
Next Up: Editor's Pick