A general view of The Palace Theatre as previews start today for "Harry Potter and the Cursed Child" on June 7, 2016 in London, United Kingdom.
Ben A. Pruchnie—Getty Images
By Sarah Begley

J.K. Rowling has asked fans to keep a tight lid on the events in her new play Harry Potter and the Cursed Child, which began previews Tuesday night. But naturally, a few surprising details have made their way onto the Internet. As the action of the play picks up 19 years after the Battle of Hogwarts, many of the beloved characters from the books return—some unexpectedly. Without seeing the play ourselves, here’s what we’ve read about their fates so far, with more details likely to come out after Part 2 of the play begins previews Thursday night:

The outlets that have reported on these spoilers maintain that there are much bigger ones in the play itself, and many more are likely to creep out before the rehearsal text of the show is published on July 31—when readers can relive the binge-reading of the first eight books and find out everything that actually happens in Harry Potter and the Cursed Child. 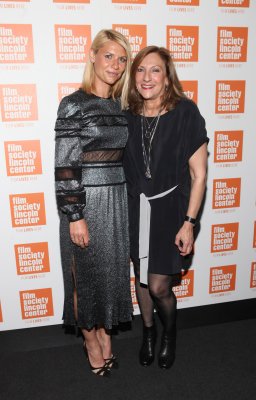 New Season of Homeland Will Feature Female President-Elect
Next Up: Editor's Pick