History Can Sneak Up on You. Just Ask Hillary Clinton

History doesn’t always feel like we think it should. The present tense can have an unexpected texture and flavor, like biting into a pickle and realizing it’s a cucumber.

That’s why, when Hillary Clinton declared herself the victor in her quest for the Democratic presidential nomination in an industrial greenhouse in Brooklyn Navy Yard, it didn’t exactly feel like history. Time did not stand still, the light didn’t turn sepia tone, there was no stirring soundtrack building to a crescendo. It didn’t feel like a History Channel documentary, although the moment will almost certainly appear in one.

There were some rhetorical flourishes that brought tears to the eyes of a few. But the momentousness of the occasion did not prevent people from looking at their phones, or blowing their noses, or complaining that the beer sold outside the event was too foamy.

And yet here are the facts: After 56 presidential elections, Hillary Clinton is the first woman to win the nomination of a major political party, the first to seriously approach the summit of American power, and the only woman ever to make it this far. She has claimed the Democratic nomination just three days after the 97th anniversary of the passage of the 19th Amendment, which guaranteed women the right to vote, the same day her mother was born. Before she came onstage, the crowd sang along with the national anthem. Several women cried.

And yet, the present was weighed down by the past, as it always is. And for Hillary Clinton, who has been so long in the public eye, those weights are especially heavy. Her race this year didn’t feel so historic because she’d already run in 2008. That run didn’t feel as historic because she was running against a political wunderkind who was making another kind of history. Her victory in a Senate race didn’t feel historic because there have been other women senators. At every step of the way, commenters have undervalued Clinton’s achievements because they have been there all along. We think of history as something that happens by surprise, through a speech by a charismatic leader, a battle fought by warriors, a brutal attack by villains. That’s never been Clinton’s style.

In 1969, Clinton gave the commencement speech at Wellesley college, the first student speaker ever to do so. In her address, she said something that might seem more like what you’d expect to hear from a Bernie Sanders supporter in 2016: “We feel that for too long our leaders have viewed politics as the art of the possible,” she told her classmates. “And the challenge now is to practice politics as the art of making what appears to be impossible possible.”

For almost 250 years of American politics, the notion of having a woman president seemed to be an absurd impossibility. Today, it’s more possible than ever.

Clinton referenced the historical magnitude of the moment in her speech Tuesday night, but it was clear she was no longer satisfied with making the impossible simply possible: she wanted to make the impossible actually happen. Clinton wasted little time on historical back-patting, instead using her time on national television to target her Republican opponent, Donald Trump, just as she had done in her recent foreign policy speech. It was smart to use a historical moment for political gain, especially since Trump gets so much more airtime than she does. But that meant talking to the audience in front of her, to Sanders supporters, and to the political class—not those who might read this address years from now.

History is a funny thing. We tend to recognize its bold flourishes, the D-Days and 9/11s, but we don’t always see it creeping up on us in ways that shape our lives just as dramatically. And even when we live through those moments, we are either too self-aware, comparing it to the movies in our minds, or else too caught up in our daily concerns to fully appreciate it. When history takes too long to reveal itself, it’s easy to forget that it’s happening.

And we do not yet know where this moment will fall. If Clinton wins, the nomination will be overshadowed by the moments yet to come: the Election Night speech, the inauguration, the first address to Congress. If she loses, the night of the nomination will take on a retrospective pallor that it didn’t have in the moment.

For now, it should be enough to stop thinking of politics, to set aside the recent past and the near future, and to appreciate the moment for what it was: a slice of history, whose ultimate importance we can’t yet comprehend but which surely mattered. And last night was also a reminder that history is not always something that happens in seconds or minutes, but in months and years. Clinton has been making history all along. 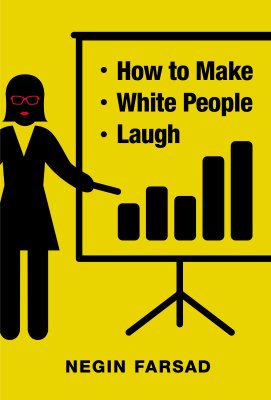 I'm an Iranian American and I Used to Feel Black
Next Up: Editor's Pick