Hillary Clinton to Emphasize Her Historical Role in Victory Speech

Hillary Clinton on Monday became the first woman in American history to clinch a major-party nomination for president. In her victory speech on Tuesday night, the former Secretary of State is expected to put the historical nature of her candidacy front and center.

At Clinton’s celebrations at Brooklyn’s Navy Yard, within walking distance from her campaign’s headquarters, the campaign will feature a video that places Clinton’s candidacy in a line of women activists from the early suffragists of the 19th century to contemporary LGBT activists.

“If America’s going to lead we need to learn from the women of the world who have blazed new paths,” Clinton’s voice will say in the introductory video. “Think of the suffragists who gathered at Seneca Falls in 1848 and those who kept fighting until women could cast their votes.”

The video features cameos of historical figures who have run for president including Shirley Chisholm, the first African-American woman elected to Congress and to run for the Democratic Party’s nomination, Gloria Steinem, an activist leader of the feminist movement, and Sandra Day O’Connor, the first woman nominated to the Supreme Court.

The night will be a recognition that Clinton has clinched the number of delegates she needs to win the Democratic Party’s nomination for president, according to an Associated Press count last night, and that Clinton is the first woman to do so.

Clinton mostly eschewed discussing her gender in the 2008 race against then-Sen. Barack Obama. However, this year she has spoken often of being a grandmother and talked openly about the historical nature of her candidacy, and appeared to grow emotional on Monday when discussing being the first woman nominee.

“Let’s learn from the wisdom of every mother and father who teaches their daughter there is no limit on how big she can dream and how much she can achieve,” Clinton says in the video. 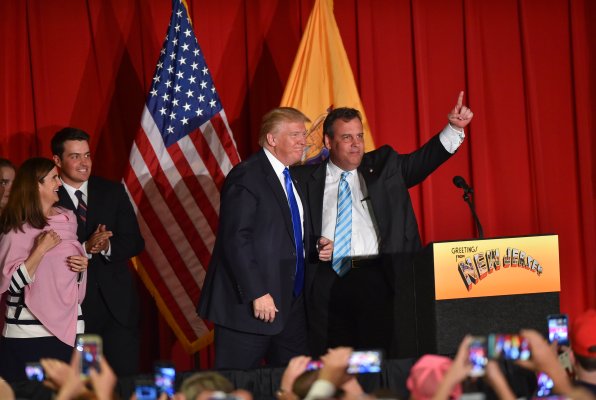