Rap mainstay and cannabis entrepreneur Snoop Dogg and bespectacled bad boy Wiz Khalifa have a lot in common. A love for marijuana is high up on that list, so it only makes sense that the duo would release another ode to the herb — called “Kush Ups” — in advance of Snoop’s new album drop, which will be his 14th solo album, on July 1.

This isn’t the first time the two rappers have collaborated: they produced an album together back in 2011 (including the anthemic “Young, Wild, and Free”), and have appeared on each other’s tracks since then. And they’re also doing a joint, er, tour this summer, called The High Road.

The stylized, black-and-white music video, released today, is pretty much what you’d expect given the subject matter: smoke, fancy whips, scantily-clad women. Wiz and Snoop are dapper in sleek suits.

So what exactly is a “kush up?” The lyrics leave no doubt that it doesn’t have much to do with brawn-building physical exercise — at least not as sung by these slim performers. Watch the full video above. 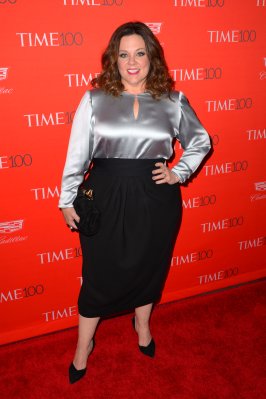 Here's Your First Look At Melissa McCarthy Back On The 'Gilmore Girls' Set
Next Up: Editor's Pick