Republican Illinois Sen. Mark Kirk on Tuesday retracted his endorsement of Donald Trump, saying the presidential candidate lacks the “temperament” to lead the country following comments Trump made about a judge’s Mexican heritage.

Kirk, who is up for re-election this year in President Barack Obama’s home state, announced he has pulled his support for Trump in a statement that also slammed the mogul’s campaign rhetoric.

“I have spent my life building bridges and tearing down barriers—not building walls. That’s why I find Donald Trump’s belief that an American-born judge of Mexican descent is incapable of fairly presiding over his case is not only dead wrong, it is un-American,” the statement said, according to the Chicago Sun Times.

“As the Presidential campaign progressed, I was hoping the rhetoric would tone down and reflect a campaign that was inclusive, thoughtful and principled,” Kirk added. “While I oppose the Democratic nominee, Donald Trump’s latest statements, in context with past attacks on Hispanics, women and the disabled like me, make it certain that I cannot and will not support my party’s nominee for President regardless of the political impact on my candidacy or the Republican Party.”

Trump has come under fire from several GOP leaders who condemned him for suggesting Judge Gonzalo Curiel, who is presiding over a legal case against Trump University, is biased because of his Mexican ancestry.

Kirk, earlier this year in at least two interviews with media outlets, has said he would “certainly” endorse the Republican Party’s nominee. He backtracked on Tuesday, citing the firestorm surrounding the remarks he made about Curiel.

“After much consideration, I have concluded that Donald Trump has not demonstrated the temperament necessary to assume the greatest office in the world,” Kirk said. 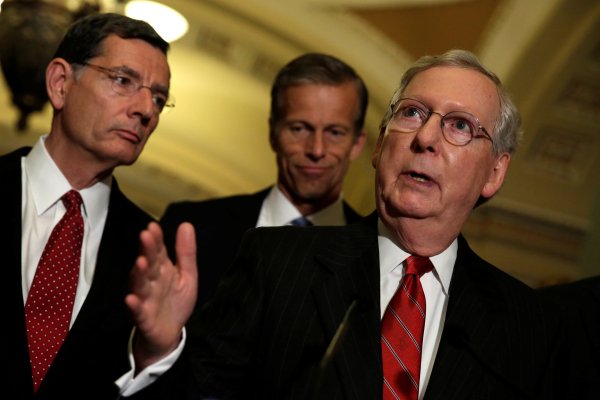