These Men Stopped the Stanford Sex Assault. The Victim Called Them 'Heroes'

The two Swedish Ph.D. students who caught a Stanford swimmer sexually assaulting an unconscious woman said they were moved by the letter written by the victim, in which she described them as “heroes.”

The letter, much of which addresses the attacker directly, was published by BuzzFeed News on Friday and has since sparked reactions from people around the world.

Carl-Fredrik Arndt and Peter Jonsson, the two Ph.D. students, were biking through Stanford’s campus in January 2015, when they saw 20-year-old Brock Turner on top of the woman, who appeared not to be moving. In an interview with Swedish news outlet Expressen on Tuesday, Arndt detailed what happened when they spotted and approached Turner.

“When he got up we saw that she still wasn’t moving at all, so we walked up and asked something like, ‘What are you doing?’” Arndt said in Swedish. They spoke briefly with Turner, who then turned to run away. Jonsson chased and tackled him, while Arndt checked on the woman.

“She lay perfectly still,” Arndt said in the Expressen interview, according to the BuzzFeed News translation.

Turner was sentenced to six months in county jail, after the judge said a higher prison sentence would have “a severe impact on him.” In her letter, the victim thanked Arndt and Jonsson, whom she has not met since the attack, for saving her.

“Most importantly, thank you to the two men who saved me, who I have yet to meet,” she wrote. “I sleep with two bicycles that I drew taped above my bed to remind myself there are heroes in this story. That we are looking out for one another.” 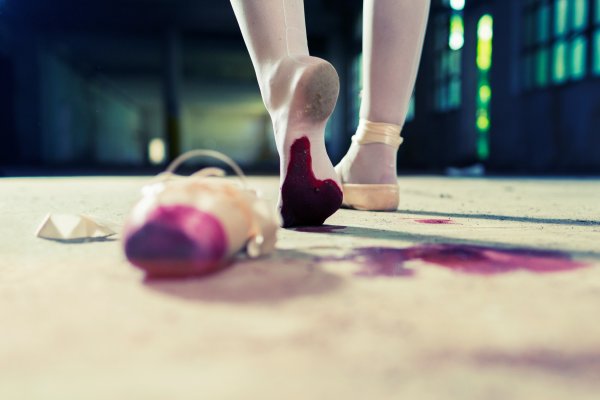 This Maxi Pad Company Shows Real Blood In Their Advertisements
Next Up: Editor's Pick