A lost pair of pants has been returned to an Ottawa man who reached out to Reddit for help locating the missing clothing item. After Andy Gaudry — who was visiting Halifax for his grandmother’s 80th birthday, reports CBC News — made an online plea for information regarding the pants he misplaced while out drinking Friday night, the Reddit community set to work solving the mystery.

“I lost my pants Friday night,” he wrote. “They’re charcoal Calvin Klein chinos. Inside my pants are my wallet and cell phone. I was staying at the Marriott harbour front, I blacked out and don’t know where I would have taken my pants off. Had security check the tapes at the hotel and I indeed was pants less when I arrived back. Any guidance would be greatly appreciated.”

Luckily for Gaudry, within a day of his request being posted, staff at the Marriott recovered the pants and tweeted a picture of them with the caption, “We have found the ‘missing pants’…Can someone share this on Reddit.”

Gaudry told CBC News that he has since been able to get in contact with the hotel. Crisis averted. 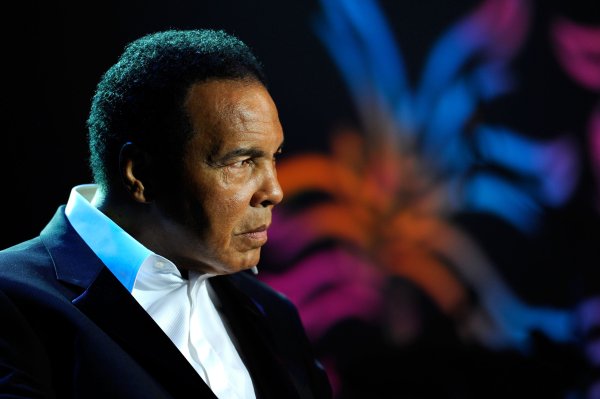 Muhammad Ali's Last Tweet Was a Happy Birthday Wish
Next Up: Editor's Pick