How ‘Spice’ is Causing Health Emergencies

Call it what you will—”Spice,” “K2,” “fake weed,” “Bliss,” “Black Mamba,” “Bombay Blue,” or “Genie,” are a few options—synthetic marijuana has health experts worried. Synthetic marijuana is a mixture of shredded plants and herbs sprayed with manmade chemicals that alter the brain and give users a high. Despite being referred to as a form of fake marijuana, the effects are often much stronger.

In an essay published Tuesday in the journal The BMJ, a formerly homeless man named Ian Millar writes abut his experience of friends using “Spice” while living on the streets and working in hostels. His story paints a disturbing picture of the trend: “In over 30 years of recreational drug use, I have never been as worried about any drug as I have about ‘Spice,'” he writes.

“I have noticed that Spice triggers a heightened awareness of the senses, particularly hearing, as users quite often find noises amusing,” he continues. “One guy I looked after found the acoustics of the toilet bowl hilarious between bouts of projectile vomiting.”

In the essay, which is meant to serve as information for physicians, Millar says people taking Spice often blackout and can become confused and violent during a bad trip. One of the ways to tell if someone is taking the drug is to smell their breath, which should have a strong burnt smell. In some cases Millar says a person’s voice can change to a higher pitch.

In the United States, synthetic marijuana is a serious health risk. U.S. poison centers have received 1,290 reports of exposures to synthetic marijuana so far in 2016. As TIME reported in a 2014 cover story on the rise of fake pot, the substances were virtually non-existent seven years ago but now they are rapidly spreading nationwide. “It is widespread in scope. It is in every state,” Joseph Rannazzisi, the former head of the U.S. Drug Enforcement Agency group responsible for synthetics told TIME. “I don’t recall any other drug issue where we had the same problem.” For a long time the substances were sold openly in stores, but legislators are cracking down and several types are now banned by the government. 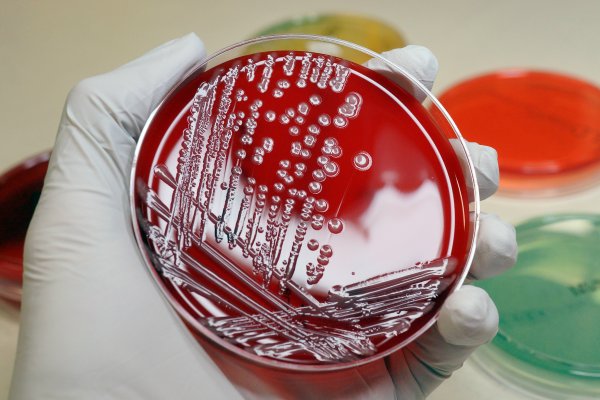 A Superbug Resistant to Last-Resort Drugs Hits U.S.
Next Up: Editor's Pick