Hilal Kizilkaya, a 20-year-old hotel clerk, was in an Istanbul subway station on her way to work when she heard the blast at 8:35 a.m. Tuesday morning.

“We thought it was an earthquake,” she remembers. Security officers barred the exits of the station. The explosion had been a car bomb on the street above, detonated at rush hour. The bomb killed 11 people, including seven police on board a passing bus, and wounded 36 other people.

Kizilkaya boarded another train, then a bus, then walked to get to her job at the front desk of the Mosaic Hotel in Istanbul’s Beyazit district, the site of the bombing. When she finally arrived, she found a scene that resembled a war zone. “Everything is broken, someone is crying. I was shaking. I saw everyone in panic.”

For Turkey, war is coming home. The string of deadly attacks throughout the country over the last year has continued this week with two attacks in two days — the bombing in Istanbul on Tuesday, and a day later a car bombing in Midyat in southeastern Turkey, killing at least three.

In Istanbul, which has now been hit four times since January, the blasts have begun to erode the sense of normality in this cosmopolitan city of 14 million. In years past, it had maintained a degree of insulation from both the civil wars burning hundreds of miles away in neighboring Iraq and Syria and the growing political instability in Turkey’s Kurdish-dominated southeast.

As of Tuesday afternoon, no one had claimed responsibility for the Istanbul bombing. Previous attacks over the last year have been carried out both by ISIS, which controls a portion of Syria that borders Turkey, and Kurdish armed groups who are engaged in a slow-burning civil war with the Turkish state, one that in recent months has heated up.

Read More: 4 Reasons the War Against ISIS Is Working—and 1 Reason It’s Not

Past bombings by Kurdish groups have targeted members of the military and police, but a bombing claimed by a Kurdish splinter group on a public square in March in Ankara appeared intended to kill civilians. That bomb killed 37 people and was the second attack in the Turkish capital within the course of a month. At the same time fighting between Kurdish militants and Turkish government forces intensified over the last year, leading to a series of urban battles in Kurdish-majority towns in Turkey’s southeast that have taken a toll on civilians as well.

The Turkish government takes a hard line against Kurdish groups. On Tuesday president Recep Tayyip Erdogan signed into law a bill that ends legal immunity for members of parliament. The measure is expected to pave the way for prosecutions of pro-Kurdish lawmakers over alleged ties to armed groups. Analysts say such a move will further raise tensions with Kurds and could lead to an escalation in the armed conflict.

A series of attacks blamed on ISIS have more directly targeted civilians. Since January, Turkish authorities linked the group to a pair of bombings in two of Istanbul’s key tourist destinations. In January one bombing struck in the Sultanahmet district, near the iconic Blue Mosque, killing 10 people including eight German visitors. In March, another blast hit the pedestrian shopping district on Istiklal Street, killing five, including tourists.

Read More: Why Turkey’s Prime Minister Had No Choice But to Resign

Tuesday’s bombing appeared to target police but also took place in a central district frequented by tourists. The surrounding area includes numerous upscale hotels and cafés, the campus of Istanbul University and Istanbul’s Grand Bazaar. By the afternoon, a tense quiet settled over the blast site. On a side street, two shopkeepers shoveled more broken glass into buckets and then hauled the shards to a dumpster. A young couple asked a police officer for permission to cross the police cordon to reach their hotel. They ducked under the tape and strode to their hotel, pausing on the steps to look at the police patrolling the street. On another street, a man stood at the cordon staring in the general direction of the bomb site, clutching a fistful of white flowers.

“These attacks are against humanity,” President Recep Tayyip Erdogan told reporters after visiting the wounded at Haseki Hospital in Istanbul. “This is unforgivable. We will continue to fight against these terrorists, tirelessly, without giving up.”

At the Mosaic Hotel, Kizilkaya stood behind the front desk. Across the marble-floored lobby, one of the grand hotel’s floor-to-ceiling windows was shattered. An armored police vehicle was parked outside. I asked her if she expected more attacks. “If we can’t catch the terrorists, of course,” she says. “A terrorist is a terrorist. Not European, not Arab, not Turkish. This is not Arab or Turkish. This is terrorist.” 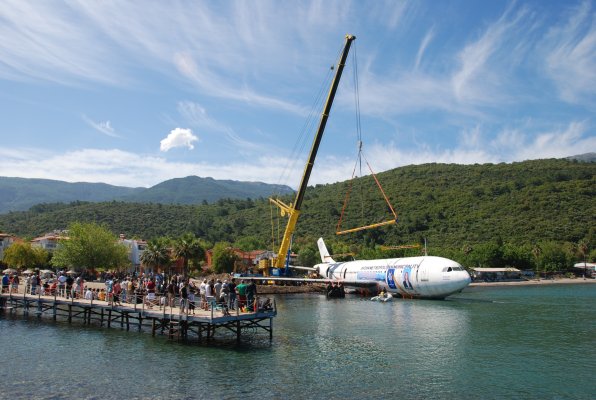