Polaroid to Finally Get the Museum It's Always Deserved

Right in the heart of the Las Vegas Strip, there’s a new shopping and entertainment complex called the Linq. I didn’t get there during my trip to CES. But I’m already looking forward to visiting it next time I’m in here — because there are plans afoot to open a museum there devoted to my favorite technology company of all time, Polaroid.

The museum is a project of Polaroid Fotobar, a startup that’s building retail stores where folks can have their camera-phone pictures turned into Polaroid-like printed snapshots, collages, framed art and more. Like everyone else who sells Polaroid-branded products these days — from the makers of an Android-based instant camera to 4K TVs — Fotobar licenses the Polaroid name from its current owners, who are in the business of renting out their iconic brand rather than developing products themselves. It makes for a weird array of offerings — hey, Polaroid yoga mats! — but the business strategy seems to be working. The Polaroid booth at CES was big, bustling and full of stuff.

The Polaroid Museum will be devoted to the real Polaroid, the one that was the brainchild of the amazing Edwin Land. It was founded in 1937, introduced the world’s first instant camera in 1948 and was, for decades, part of everyday life. Cameras such as the SX-70 are among the most dazzlingly clever pieces of consumer electronics ever invented. The company started floundering in the 1980s and fell on extremely hard times in the digital photography era, but its products and the photos people took with them still make people smile. The idea of paying tribute to this memorable slice of American culture on the Strip doesn’t feel crazy to me.

The museum will be co-located with a Polaroid Fotobar at the Linq in an 8,500 square-foot space. Its founders are currently trying to raise $100,000 on crowdfunding site Indiegogo, and say that they plan to open the museum in April. If that sounds like a small budget and a short time frame for such an ambitious undertaking, you’re right: They’re already hard at work on the project, which they were previewing at CES, and say it’ll happen no matter how the Indiegogo campaign goes.

To fill the museum with artifacts, Fotobar is working with organizations such as MIT, which has the original Polaroid Corporation archives, and the Andy Warhol Museum, which has some of the many, many Polaroids Warhol snapped with his beloved Polaroid Big Shot.

Beyond Warhol, many of the greatest photographers of the 20th century liked taking Polaroids: Ansel Adams, Chuck Close, Walker Evans, Robert Mapplethorpe, Helmut Newton and many others. And today, even though Polaroid no longer makes instant cameras and film, photographers such as Lucas Michael continue to use vintage cameras with film manufactured by FujiFilm and the Impossible Project to take new Polaroid photos. So Polaroid doesn’t seem like a limiting subject for a museum, but rather one which could provide fodder for exhibitions for years to come. Here’s hoping that the idea takes off. 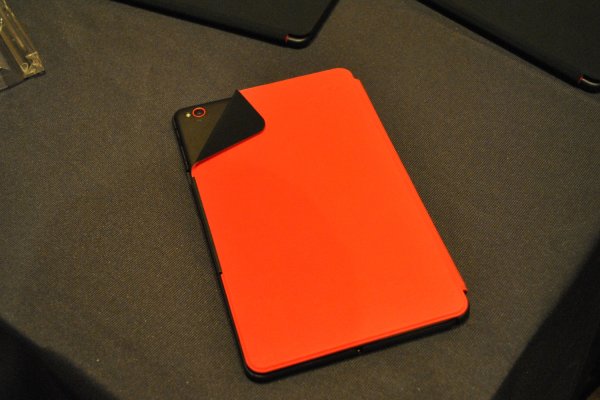 This Is Pretty Clever, Lenovo
Next Up: Editor's Pick