This SeaWorld Whale Appeared to 'Beach' Herself. Now Activists Say She Wanted to Die

Animal rights activists are speaking out following a video that appears to shows a SeaWorld-owned captive killer whale beaching herself on a concrete slab for more than 10 minutes at a show. While activists said the whale was trying to kill herself, the amusement park company said she was exhibiting “natural behavior.”

Ric O’Barry’s Dolphin Project, an animal rights nonprofit, posted the video online last week. In it, an orca named Morgan lies motionless beside a tank after performing in a show a Loco Parque, a zoo and waterpark in Tenarife, Spain. (Morgan is on loan to the park from SeaWorld.) Whales do occasionally beach themselves during hunting, but if they stay on land for too long, their internal organs and muscles will be crushed by their own weight.

“While we cannot explain the reason for her behavior, the juxtaposition of a previously-wild orca against the stark backdrop of the park’s performance area is unsettling, to say the least,” The Dolphin Project said in a statement.

“It is absolutely illogical and absurd to assume that the length and the quality of such video would be sufficient to make a conclusion and declaration of such nature,”the park said. “A voluntary stranding is a natural behavior of orcas living in the wild. … The orcas at Loro Parque are trained to leave the water on their own accord. This behavior is used for manifold purposes, for example, for presenting the animals to the public, for conducting corporal check-ups, for inspecting their blowholes, as well as for testing hearing abilities of the orcas.”

“There are no concerns with Morgan sliding out as shown in the video as the whales do this with some regularity,” SeaWorld told Fox News.

SeaWorld, long a target for animal rights activists, decided earlier this year to phase out its killer whale show after critics questioned the risks of keeping such animals in captivity—especially following the release of the critical documentary Blackfish.

This isn’t the first time Morgan’s behavior has drawn attention from activists. Unlike the other five orcas at the Spanish park, Morgan was born in the wild and captured in Dutch waters under a “rescue, rehabilitation and release” permit in 2010. Two months ago, Morgan was videotaped banging her head repeatedly into a metal grate in the Loro Parque medical pool. The park issued this statement after that incident: “The video published by the Dolphin Project on its website is a new attempt at manipulation through exaggeration and dramatization of a completely normal situation in which there is no problem for the animals.”

PETA disagrees. “Morgan was captured from the sea six years ago and has been fighting hard against the trials of her captivity ever since. Her behavior shows that she is frantic to get back to the ocean home that she remembers and misses,” PETA Foundation Director of Animal Law Jared Goodman said. 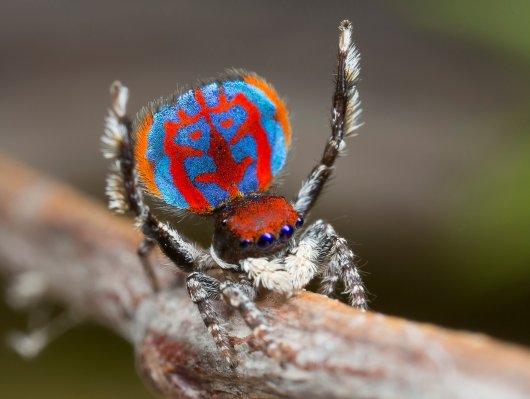