The legendary Guns n’ Roses frontman wants to spiff up his Internet image. The rocker has issued a takedown request with Google for a concert photo of him onstage at a show in Winnipeg, Canada in 2010. In the photo, a performing Rose is wearing a partially unbuttoned shirt and red bandana around his forehead, wild mane blowing in the wind. In comparison to the skinny rocker look of his youth, the 54-year-old singer appears to have added a few pounds.

The photo has become the base image for a series of viral memes poking fun at his weight, adding captions like “Oh, oh oh / Sweet Cheetos o’ mine” in reference to the lyrics of some of his iconic songs.

So to combat the spread of the unflattering image, Rose is taking advantage of the Digital Millennium Copyright Act (DMCA), a kind of cease-and-desist order that artists use to limit the spread of unauthorized works, according to copyright watchdog site TorrentFreak. Rose’s camp claims that the photographer, Brian Minkevich, did not sign a release at the concert—meaning that the photo is, ultimately, Rose’s property and should not be the Internet’s plaything. Despite the DMCA request submitted on Rose’s behalf, however, the images are still up on Google.

Welcome to the jungle that is the Internet, Axl Rose. 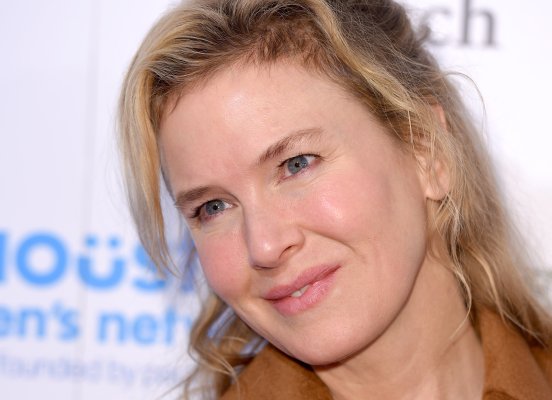 Why Renee Zellweger Took a Break from Hollywood
Next Up: Editor's Pick