After Diane Lockhart breaks the news to the partners about Will Gardner’s death, the camera, as it often does on The Good Wife, breaks off from the scene with David Lee and tracks him down the hall. We know David Lee and we know these halls, and the image suggests for a minute that he’s striking some opportunistic plot. Instead, we follow him into his office, where–just for a second–his face breaks and he gasps for breath.

Then it’s back to work, as he approaches Diane with a plan for action, not to take advantage of the situation but to defend the firm from losing clients who, he guesses rightly, will not be so sentimental. “I don’t want to be doing this any more than you do,” he says. “But the car is moving and someone has to be driving.”

“The Last Call,” very deliberately and mostly effectively, puts us in the passenger seat. The audience for The Good Wife has had a week to process Will’s death, to move through denial, anger, bargaining, depression, and acceptance (or canceling their season passes). The Good Wife could have joined the characters somewhere farther along that line–at Will’s funeral, say–allowing them time, and scripted moments, to mourn with us.

Instead, the episode expressed the emotion of the moment as it usually does best: through work. The show gives us no break; we see most of the characters the moment they get the bad news. It presents Will’s death as a gut punch, contrasting, as sudden deaths do, the disorienting horror of the news with the banality of all the cars that keep rolling on–cases, TelePrompTers, depositions.

Alicia’s first response may be familiar to anyone who’s gotten sudden bad news; “But I just saw him yesterday,” an off-balance, illogical response to the seeming illogic of death. Her discovery of Will’s last voicemail gives form to an episode that is largely a collection of moments, as she attempts to find out what he was going to say. But although she finds out what he wasn’t going to say–she was not, after all, the one Will was angry at for stealing clients–the episode doesn’t offer any easy finality. Death happened, the answer died with Will, and all that survives him is the question. (Sidebar: Will, it turns out, was calling to fire Damian, thus settling in his last moments one of this season’s few misfires.)

While “The Last Call” doesn’t give its characters lyrical set pieces to remember Will, it may have actually prompted better performances by forcing them to react in the moment of crisis. Christine Baranski is particularly steely-fantastic here; Diane’s kiss-off to the firm’s insensitive client is not just a gesutre in memory of Will but a summation of her character, someone who has always had to grit her teeth and work with terrible people, while knowing the lines she won’t cross in the name of bringing in business. Ditto Matt Czuchry and Zach Grenier, carrying on with red-rimmed eyes. Even Archie Panjabi–whose Kalinda I worry might become even more unmoored from The Good Wife’s larger story with the loss of Will–is chillingly effective with a jailhouse suicide taunt that would have creeped out Rust “I suggest you kill yourself” Cohle.

Yet for every powerful dramatic moment in the episode (I’d also commend Alicia’s talk with Grace, which was true both to Alicia’s atheism and Grace’s faith), “The Last Call” also maintained The Good Wife’s sense of humor. If comedy is partly about the intrusion of the unexpected, then death, especially, sudden death, is the biggest, most unsettling joke of all. If this was not exactly the most good-time episode of The Good Wife, it was true to the show’s spirit in showing the dissonance that comes when life refuses to stop–leaving Eli at a podium telling Alicia’s joke about picking out a dress. There will be plenty more tears to come. Sometimes you still have to laugh. 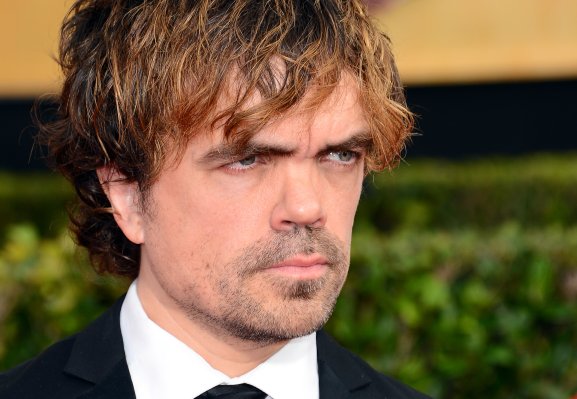