When Ben-Hur was released in 1959, it broke multiple records: it was the most expensive and third longest movie ever made on the largest set ever constructed. Its yield of 11 Academy Awards remains unbeaten. “I think a lot of people go, ‘Why would you reimagine that movie?'” says leading man Jack Huston, the former Boardwalk Empire star who headlines this new reimagining. Even now, in the reboot era, it’s a tall order to tackle such a tentpole of cinematic history.

Well, says Huston, first of all, director Timur Bekmambetov’s new Ben-Hur isn’t a remake of William Wyler’s classic film; instead, it’s an adaptation–the fourth (to Wyler’s third)–of Lew Wallace’s 1880 novel Ben-Hur: A Tale of the Christ. And what is adaptation if not interpretation? “If you got four artists to paint the same landscape, you’d end up with four very different paintings,” says Huston, who comes from a long line of actors including aunt Anjelica Huston. “The thought that once a landscape has been painted by one artist, no one should touch it again–isn’t that the beauty of this profession?”

Filling the sandals once worn by Charlton Heston was as physical a challenge as it was psychological. To play Judah Ben-Hur, a Jewish prince betrayed by his Roman best friend and sentenced to death as a galley slave, Huston lost 30 lb. and trained for months to drive a chariot. (Impressively little CGI is employed in the epic finale.) But the high-octane contest would be anticlimactic if not for the emotion driving it. “It’s amazing, this fine line between love and hate,” says Huston. “You don’t really hate anything you don’t love, in a weird way.” That’s a story that never gets old. 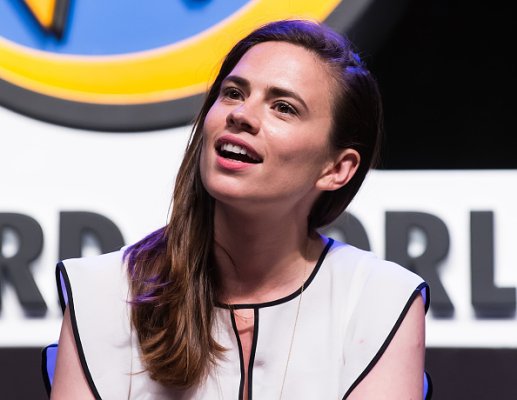