Why Renee Zellweger Took a Break from Hollywood

Oscar-winning actress Renee Zellweger says fatigue is the reason why she took a six-year break from Hollywood, while also hitting back at the scrutiny she faces when she is forced to change her body shape for a role.

Zellweger took a six-year hiatus from the industry after last being seen on screen in 2010’s My Own Love Song. Speaking to Vogue, Zellweger said: “As a creative person, saying no to that wonderful once-in-a-lifetime project is hard. But I was fatigued and wasn’t taking the time I needed to recover between projects, and it caught up with me.”

“I got sick of the sound of my own voice” said the Jerry Maguire star to Vogue. “It was time to go away and grow up a bit” explaining that in order to “be a good storyteller” one has to have life experiences or “you can’t relate to people.”

When asked by Vogue about her reprised role of the titular heroine in the upcoming Bridget Jones’s Baby, Zellweger complained about the scrutiny she faced when changing her body shape for the part. “I put on a few pounds. I also put on some breasts and a baby bump. Bridget is a perfectly normal weight and I’ve never understood why it matters so much,” she said. “No male actor would get such scrutiny if he did the same thing for a role.”

Bridget Jones’s Baby will be released on Sept. 16 and stars Colin Firth and Patrick Dempsey. 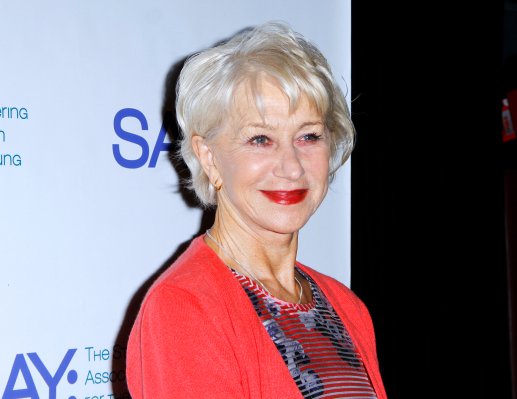 Helen Mirren Thanks Kim Kardashian West: ‘You’re Allowed to Have a Butt Nowadays’
Next Up: Editor's Pick