A Hindu priest has been found dead in western Bangladesh after having his throat cut, in what police say looks like another sectarian killing carried out by Islamists in the Muslim-majority country.

“We do not know the identity of the killers. His body was found in an isolated area and we do not believe there any witnesses to the killing,” district deputy police chief Gopinath Kanjilal told AFP. “But the pattern of the killing is similar to ones carried out by local Islamist militants in recent times.”

The killing comes after a Christian man was hacked to death and the wife of a senior antiterrorism police official was fatally stabbed and shot in the head in different parts of the country on Sunday. There have been at least 10 similar killings of minorities in the past 10 weeks, AFP says. 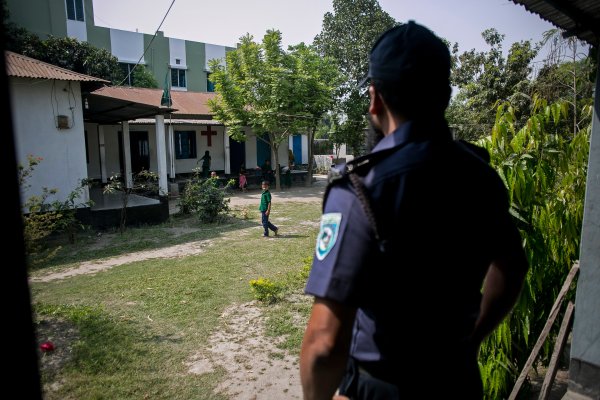 Christian Hacked to Death in Bangladesh
Next Up: Editor's Pick