As Chinese youngsters sit down for the most important exams of their life Tuesday and Wednesday — known as the gaokao, and pretty much equivalent to the American SAT — celebrated British physicist professor Stephen Hawking shared a few choice words of inspiration.

“I want to wish you, the next generation of scientific minds, success in your academic endeavors,” he posted on his Weibo social-media account, which boasts over 4 million followers. “Whether you aim to be a doctor, teacher, scientist, musician, engineer or a writer — be fearless in your pursuit of your aspirations.”

The Theory of Everything author’s post racked up over 412,000 likes at time of publication, as well as 57,000 comments from appreciative fans.

“With your blessing, my IQ gets higher,” wrote one Weibo user.

“A lot of students see you as a role model, including me. Thanks for your words,” wrote another.

Some 9.4 million students are due to sit the two-day college entrance examination this year, according to China’s Ministry of Education.

The pressure is enormous for young Chinese; many are poised to be the first in their families to enter higher education in the newly affluent Asian superpower.

Compounding matters, China’s recently abandoned one-child policy means many young people are solely relied upon to support their parents through their dotage. (China’s system of social security is patchy at best.)

As such, Chinese parents place a tremendous emphasis on education; children as young as 6 must contend with several hours of homework every night, even after regular schooling.

The gaokao has even been linked with a spike in suicides, which account for more than a quarter of a million lives in China annually. 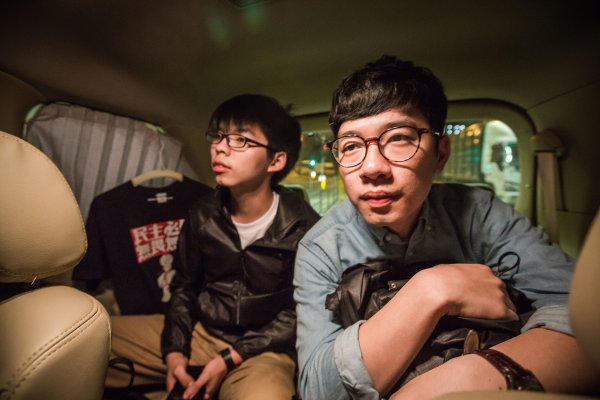