For Turkish Prime Minister Recep Tayyip Erdogan, it wasn’t so much a vote as a highly anticipated verdict. It read, at least to his eyes: Acquitted of all charges by popular demand.

Since last summer’s Gezi Park protests, and even more so since a corruption scandal burned a hole through his government in December, Erdogan has fended off calls for his resignation by challenging his opponents to a showdown at the ballot box. The only authority entitled to deliberate the charges leveled against him, he has argued, is the court of public opinion.

On Sunday, with his Islamist-rooted Justice and Development Party (AKP) drubbing the secular opposition in local elections by a roughly 15-point margin, Erdogan claimed vindication.

Shortly before midnight, with results still coming in, and with the AKP projected to win roughly 45 percent of the overall vote, Erdogan addressed a crowd of thousands from the balcony of his party’s Ankara headquarters. “Through the ballot box, the people have sent a message to Turkey and to the rest of the world,” he said to loud cheers. “We are here. You will not sidestep the Turkish people. We own this country.”

Erdogan, an exceptional orator, had campaigned relentlessly, everywhere, and to the point of losing his voice. Banners, billboards and posters emblazoned with his picture and the words “Iron Will”, in capital letters, lined the streets of each Turkish city. At the countless AKP rallies where the Turkish leader made an appearance, local candidates were the side dish. Erdogan was invariably the main course.

For the Prime Minister, the run-up to Sunday’s election has been arguably the most challenging, turbulent period of his twelve years at the top of Turkish politics. In December, four of his ministers resigned — one of them urging his boss to follow suit — after a sweeping investigation exposed copious evidence of corruption at the highest levels of government. Ever since, hundreds of files from the probe, as well as seemingly unrelated wiretapped conversations, have made their way onto the Internet, implicating Erdogan, his family, and his officials in yet more scandals.

Likening the allegations to a “coup”, Erdogan resorted to increasingly repressive measures to stifle them. In February, his government adopted a law allowing the national telecoms agency to block access to certain websites within hours. When that failed to stem the leaks, the authorities pulled the plug on Twitter. Less than a week later, and hours after a recording of a key national security meeting began making the rounds on the web, they blocked YouTube.

To judge by the election results, none of this seems to have fazed the AKP’s constituents. Corruption is to some extent programmed into Turkish politics. As long as the ruling party makes the economic pie bigger, says Asaf Savas Akat, a professor at Istanbul’s Bilgi University, Turkish voters don’t mind if it helps itself to a generous slice.

Erdogan has already made it clear that he intends to capitalize on his big win by settling accounts with his enemies, not least the Gulen movement, a powerful Islamic sect that he and many others in Turkey consider “a parallel state,” and the driving force behind the graft investigation.

“The time has come for the traitors to reckon with this country,” Erdogan said on Sunday, referring to the Gulenists. “Their plan was chaos. We will enter their caves. We will make them pay.”

The list of other potential traitors, fears Atilla Yesilada, a political analyst with Global Source Partners, might quickly grow longer. “The man who shuts down Twitter and YouTube is not going to stop at just that,” he says. A further clampdown on what Erdogan calls the “partisan media” might not be long in coming.

A renewed mandate has also made Erdogan the master of his own political destiny. Whether he has it in mind to rewrite the AKP’s internal rules and stay on as Prime Minister for a fourth term, or to run in August’s presidential elections, says Yesilada, the choice is entirely his. No one in the ruling party will be in any position to stop him. “You’ve got to remember,” says Yesilada, “these 320 AKP guys [in parliament] mostly owe their political careers to Erdogan’s long coattails.”

The Prime Minister himself remains ambiguous about his preferred option. Still, in his balcony speech he pledged that he would remain at the center of Turkish politics for the foreseeable future. “We will try to devote ourselves to whatever mission we are endowed with,” he said.

At a popular teahouse in Kasimpasha, the conservative Istanbul neighborhood where Erdogan grew up and where he now enjoys cult status, a few locals weighed in on what that mission should be.

“He shouldn’t have to stop being Prime Minister,” opined Ibrahim Sariturk, a caterer. The largely ceremonial role of president would take power away from him, he said. “The people need him,” he said. “They need him to keep on serving the nation.”

Gokhan Ulker, a young cargo worker sitting nearby, agreed. “Under the current system,” he said, “Erdogan would be too weak a president.”

“We need him to be strong,” he said, smacking his palm on the table for emphasis, “because we are a country under threat from agents, from foreign powers, from you, and from the parallel state.”

“It might not sound like a democratic solution, but this country needs one man rule,” he said. “We don’t need it for the sake of it,” he qualified. “We just need it for Erdogan. Because we are sure of him as our leader.” 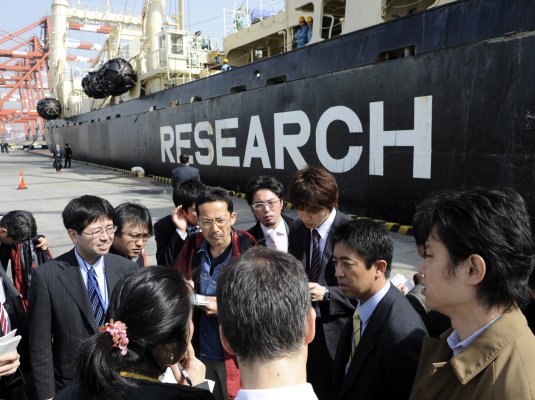