A newly engaged woman who was body shamed after a photo of her fiancé lifting her up went viral fired back at critics who mocked her weight on social media.

But one in particular that shows Tetteh being picked up sparked a flurry of comments, including some that joked about her husband-to-be struggling to carry her and breaking his back over the lift. “RIP that mans spine,” one person wrote on Tumblr, according to Buzzfeed. “You can see the struggle in his face,” another said on Twitter.

Tetteh responded in another Intagram post, saying she’s “still confident.” “Your rubbish comments ain’t ruining my happiness,” she wrote. “Thanks to all for the compliments and best wishes…am honoured.”

The engagement photo has since received nearly 11,000 likes on Instagram. 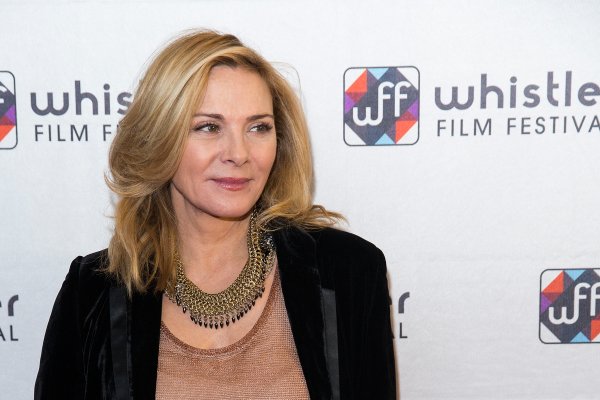 Sex And The City Star Kim Cattrall Says She Suffered a 'Tsunami' of Chronic Insomnia
Next Up: Editor's Pick