No Charges Filed Against Mom in Cincinnati Zoo Gorilla Incident

Criminal charges will not be filed against the mother of a child who fell into a gorilla’s exhibit at the Cincinnati Zoo, leading authorities to shoot the 17-year-old animal dead, a prosecutor said Monday.

Hamilton County Prosecutor Joseph Deters said the boy’s mother, Michelle Gregg, was not being reckless and did not intentionally put her son at risk of harm. She was supervising three other children at the time and turned her back for a moment when one of the children ran off, Deters said.

“If anyone doesn’t believe a three-year-old can scamper off very quickly, they’ve never had kids. Because they can. And they do,” he said during a news conference.

“Had she been in the bathroom smoking crack and letting her kids run around the zoo, that’d be a different story,” he added. “She was being attentive to her children, by all witness accounts.”

The prosecutor’s ruling comes after the Cincinnati Police Department submitted its review of the incident that outraged animal rights activists and others after the shooting death of Harambe, the zoo’s male western lowland gorilla. The 3-year-old boy crawled through a barrier and fell into the gorilla’s enclosure, where the 420-pound gorilla dragged it around, authorities said.

The Cincinnati Police Department’s probe looked into how the child managed to slip away from his family during the zoo visit, police spokeswoman Tiffaney Hardy previously told TIME.

A spokeswoman for the boy’s family said they are “very pleased with this decision.”

“It is what we expected,” Gail Myers said in a statement. “This is one more step in allowing us to put this tragic episode behind us and return to our normal family life. We extend thanks to all of those who have been praying for us and who have supported us through this trying ordeal and praise to God for His mercy and grace.” 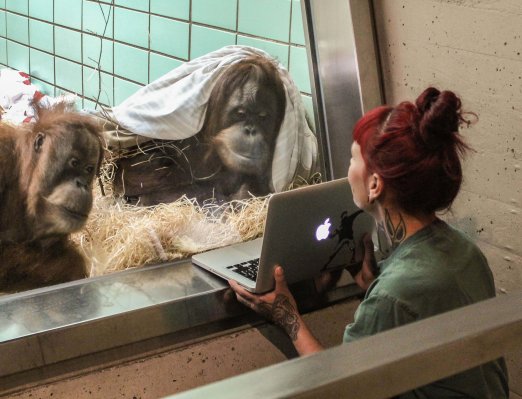 This Zoo Encourages Orangutans to Meet Potential Mates by Video
Next Up: Editor's Pick