Emilia Clarke attends the European film premiere 'Me Before You' at The Curzon Mayfair in London, on May 25, 2016.
Anthony Harvey—Getty Images
By Megan McCluskey

Being famous isn’t always all it’s cracked up to be, at least according to Emilia Clarke. The 29-year-old actress — who plays Daenerys Targaryen on Game of Thrones — recently spoke to USA TODAY about how she survives the downfalls of being a well-known star.

“I have a rule: I just don’t Google myself,” she said. “I’m on social media, but I don’t look at the stuff that other people tag me in because it just (messes) me up. Like, ‘Oh, I’m hideous and fat,’ but then if I don’t read it, you save yourself from finding any haters out there. If you hate me, I don’t need to know.”

Clarke also revealed that her normal appearance — which differs from that of the HBO drama’s blond Mother of Dragons — has allowed her to continue living her life relatively shielded from the public eye. “I’m really lucky because I don’t look like Daenerys, so I’ve been able to observe the success of the show from afar, which has been really lovely,” she said. “It’s allowed my family and friends to kind of be like, ‘Oh, OK,’ but not have to deal with me walking down the street and somebody going, ‘Ahhh!’ all the time. That doesn’t happen a bunch. So the adjustments have been really gradual and slow.”

The actress, who also stars in the recently released romance film Me Before You, added, “Obviously, my life has completely transformed, it’s kind of immeasurable, but (it’s nice) being able to do what I love all the time, and have that to help my family and my friends.” 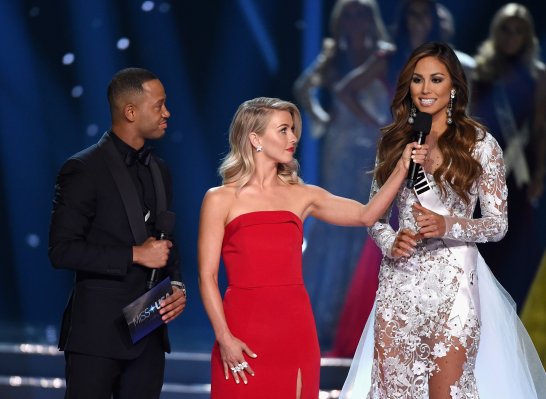 Miss Hawaii Was Asked a Controversial Question About Voting and the Internet Was Not Happy
Next Up: Editor's Pick