Game of Thrones May Finally Be Introducing a Long-Awaited Character

The seventh episode of Game of Thrones‘ sixth season featured the highly-anticipated return of the Hound (Rory McCann), a storyline that saw the now-healed Sandor Clegane spending time with a nonviolent community led by a man named Brother Ray (Ian McShane). But the peace didn’t last for long, as the final scene found the Hound discovering his new-found friends had all been brutally killed while he was away chopping wood for the night ahead.

Although the murders occurred offscreen, it seems as though they were committed by members of the Brotherhood Without Banners — three of whom, including a man bearing a resemblance to Lem Lemoncloak, had dropped by for a foreboding visit earlier in the hour. And if the band of outlaws were indeed the perpetrators of the crime, it may signal that the long-awaited Lady Stoneheart will soon make her grand debut.

Readers of George R.R. Martin’s A Song of Ice and Fire series know Lady Stoneheart as the zombified-version of Catelynn Stark who was brought back to life by the Brotherhood Without Banners shortly after the Red Wedding and since then has been traveling the Riverlands exacting her merciless revenge on anyone associated with those who betrayed her family. While many have questioned whether the character would even be in the show, some believe Sunday’s episode included several moments hinting at her introduction.

“In the closing scene of the most recent episode, we see the group of innocent smallfolk and Septon Ray get slaughtered by the Brotherhood,” wrote Reddit user PrinceInDaNorf. “Everyone’s been debating about whether that was really the Brotherhood, and what it means for that arc going forward if it was. Personally, I’m positive that it was really them, and I’m also positive that we will get to see Lady Stoneheart, probably by the end of this season. If you go back and watch the final scene again, you’ll hear that the motif/theme that plays as the Hound is walking through the field of the dead and approaching the partially built shelter where Ray was hanged is unmistakably Brienne’s theme. More specifically, it’s the exact version of her theme that plays when she first swears herself to Catelyn [1] in season 2, just with a darker tone to it. I’m of the mind that the show version of Lem noticed the Hound and subsequently reported this finding to LSH, who promptly ordered the Brotherhood to return to the camp and slaughter everyone in sight.”

Gear up for a wild final three episodes, Thrones fans. 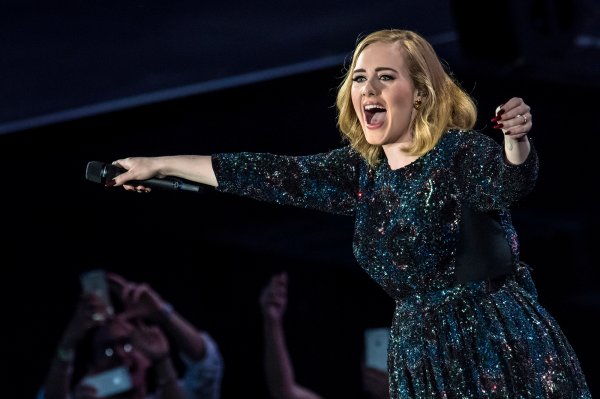 Adele Covering the Spice Girls Is the Performance You Didn't Know You Needed
Next Up: Editor's Pick