A view from inside one of the landing craft after US troops hit the water during the Allied D-Day invasion of Normandy, France. The US troops on the shore are lying flat under German machine gun resistance.
Robert Sargent—Getty Images
By Craig L. Symonds / History News Network

Like all iconic historical events from Lexington Green to the Alamo, and from the Little Big Horn to Pearl Harbor, the Allied invasion of Nazi-occupied France on June 6, 1944—the event almost universally known as D-Day—has become encumbered by a number of myths. One of them is that the Allies were able to bring ashore the hundreds of thousands of men, thousands of vehicles, and unprecedented amounts of supplies due in large part to the artificial harbors, known as Mulberries, that were erected off Omaha and Gold Beaches.

It is an appealing myth, for it emphasizes two very real aspects of the Anglo-American war effort: a willingness to experiment with new ideas of warfare, and the almost limitless industrial and mechanical capacity of the English-speaking allies.

Like many innovations during the war, this one originated in the fertile mind of the British prime minister, Winston Churchill. As early as 1942, he suggested the possibility of constructing artificial piers off invasion beaches. A popular story is that during a war conference in 1943 about the forthcoming invasion, British Vice Admiral John Hughes-Hallett, bemoaning the lack of a usable port, remarked, “Well, all I can say is, if we can’t capture a port we must take one with us.” The remark provoked general laughter around the table until someone said: Well, why not?

It was an enormous undertaking. One hundred and forty-nine giant concrete caissons called Phoenix units, each of them as large as a six-story office building, had to be constructed, towed across the Channel, and sunk in place. Since most of them had to be built in shipyards, they took up space desperately needed for ship construction and repair. Moreover, they collectively consumed more than half a million cubic yards of concrete, 30,000 tons of iron reinforcement bars, and fifteen million feet of steel tubing—all of this at a time when steel was in demand for a number of wartime projects.

Many of the operational commanders charged with conducting the landings were skeptical of the value of the artificial harbor, but no one wanted to get in the way of one of the prime minister’s pet projects. The Allied naval commander of the landings, Admiral Sir Bertram Ramsay, described the component parts as “abortion-like,” and even Hughes-Hallett, whose offhand remark had triggered the project, eventually came to see it as “wasteful and ridiculous excess.”

Nevertheless, on June 7, the day after the initial landings, the Allies began to assemble the various elements of the artificial harbors off two of the five invasion beaches: Omaha and Gold. Besides the Phoenix units, there was a line of older ships towed into place and sunk offshore to create a breakwater called a Gooseberry. Inside the harbor formed by the giant Phoenix units were so-called Lobnitz piers that rose and fell with the tides and which allowed ships to offload in deep water onto steel piers connected to the beach by a floating roadway called a “whale.” All in all, it was a marvel of creative engineering.

For years, western writers have credited this engineering triumph as a key factor in the Allied victory. No less an authority than Samuel Eliot Morison has written that the Mulberries “were absolutely essential for the success of Operation Overlord.” Alas, a careful study of the details of the landings, and especially the sustained effort to support those landings with reinforcements and supplies, suggests otherwise.

For one thing, on June 19, the day after the artificial harbors were first opened to shipping, a ferocious Channel storm utterly wrecked the Mulberry off Omaha Beach, leaving only the British harbor at Gold Beach usable. That meant that the Americans at Omaha Beach had to depend entirely on reinforcements and supplies that were landed over the beach by Landing Ships (LSTs).

Interestingly, the number of men, vehicles, and supplies landed in that way exceeded the numbers achieved when the Mulberry was fully functioning. The pre-invasion goal at Omaha Beach had been to land 10,000 tons of supplies per day, a goal that was not reached on any day during the first two weeks (June 7-23). Even when the Mulberry was fully functioning, the amount of supplies brought ashore topped out at 8,876 tons on June 18, the day before the storm. The numbers dropped during the storm, but then, even though the Mulberry had been shattered beyond salvation, the numbers rose again. The Americans finally surpassed the 10,000-ton goal on Omaha Beach on June 24, when 22,630 men, 3,513 vehicles, and 10,974 tons of supplies were landed across the beach. From that point on, the LSTs sustained or improved on those numbers, even though the Mulberry had by then been scrapped.

What these statistics demonstrate is that while the Mulberry project was certainly a testament to Anglo-American, and especially British, imagination, creativity, and determination, it was not, after all, essential to the success of the D-Day landings.

Craig L. Symonds is Professor Emeritus at the U.S. Naval Academy where he taught for thirty years and served as History Department Chair; he is the author of more than twenty books including The Battle of Midway and Neptune. 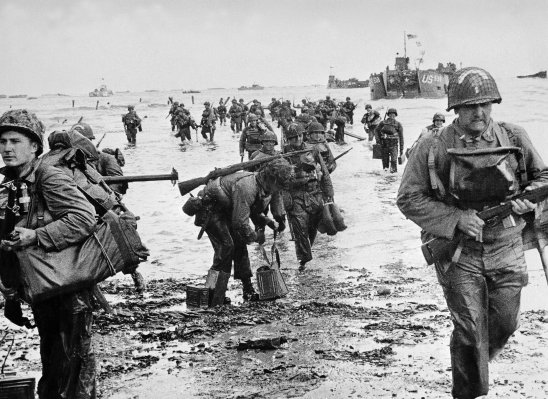