Verizon's 'Can You Hear Me Now?' Guy Works for Sprint Now

Verizon’s most recognizable face has dropped Big Red in favor of a new carrier.

Paul Marcarelli, the actor behind Verizon’s “Can you hear me now?” ads from the early 2000s, is now appearing in advertisements for Sprint.

The new commercial isn’t subtle about Marcarelli’s history with Verizon. “Hey, I’m Paul, and I used to ask if you could hear me now with Verizon,” says the actor. “Not anymore.”

Marcarelli says in the ad that Sprint’s network reliability is within 1% of AT&T’s and Verizon’s. That claim is based on Sprint’s analysis of data provided by Nielsen. He does also note, however, that “it’s 2016 and all carriers are great.” It’s a stance that’s drastically different than that of T-Mobile CEO John Legere, who often loudly criticizes competing carriers.

In response to Sprint’s new ads, Verizon spokesperson Jeffrey Nelson offered this comment: “They’re using our 2002 pitchman because they’re finally catching up to where we were in 2002. Of course since then, we’ve spent billions of dollars — $11 billion last year alone — improving and expanding America’s best wireless network.”

Sprint has rolled out various bargains in the past aimed at luring customers to its network. Last November, for example, Sprint promoted a plan for customers switching to its network that would cost half as much as those offered by other carriers.

Marcarelli touched on the experience of being so closely associated with a single brand in an email interview with TIME last year: “I think people are more inclined to view these ‘brand ambassadors’ as cartoon characters in a way,” he says. “It’s shocking to discover they have lives outside the 30 seconds they appear on your TV.” 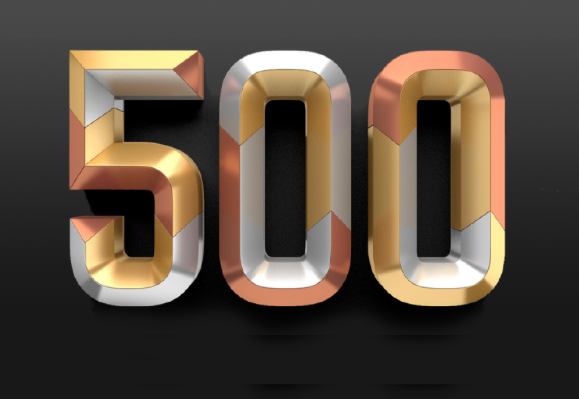 The Trouble Buried in the New Fortune 500
Next Up: Editor's Pick