More than 4,000 people rushed to the show site about midnight after the hip-hop artist and his team hinted at an impromptu performance, which was supposed to make up for Sunday’s canceled Governor’s Ball music festival, the New York Daily News reports.

West arrived about 2 a.m., prompting mayhem. “A mob of people were rushing the doors and jumping on cars,” witness Danielle Jones told the newspaper.

Webster Hall apparently shut down the sold-out show after the crowd grew too large and began spreading around the block, according to the Daily News. The venue did not immediately return requests for comment from TIME on Monday. It said “there is no late show at Webster Hall tonight” in a tweet but did not provide additional details.

West’s creative director Virgil Abloh, who had teased fans on Instagram about a possible The Life of Pablo performance in the works, later updated his social media post to say the show was canceled due to a “safety priority.” 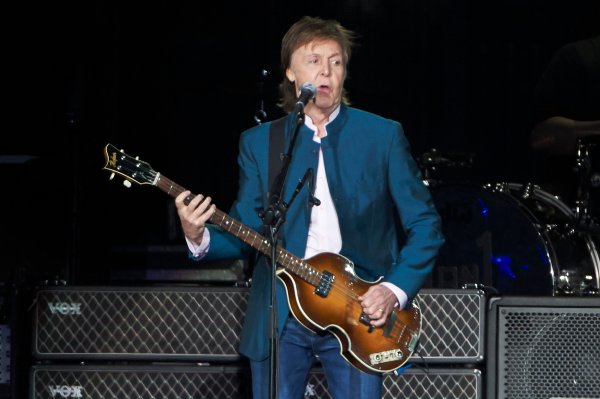 Paul McCartney Says He was 'Racist' Without Knowing it As a Kid
Next Up: Editor's Pick