Utterly self-absorbed women are a dime a dozen these days. They’re on HBO’s Girls, inside Amy Schumer and keeping up the reality-show community. But in a way, all those ladies were mentored by Patsy Stone and Edina Monsoon, two of the least responsible and most hilarious characters ever to grace the small screen.

Edina (Jennifer Saunders) and Patsy (Joanna Lumley) burst onto TV in the ’90s, fame whores of the first water, allergic to moderation in alcohol, tobacco, fashion spending and parental neglect. And for three seasons, the British cult show Absolutely Fabulous, written by Saunders and Dawn French, was destination viewing in all English-speaking lands and some beyond.

This summer, 21 years after the final episode of the original series aired (though there have been reunions), the two reprobates are back with a movie. Among aficionados, expectations are Christian Louboutin–heel high, which is partly why it took Saunders so long to write the film. “Once you’ve had a bit of success,” she told a TV-show host, “the last thing you want to do is go and make a flop.”

To lure in newbies, the movie is stuffed fuller than a Scott Rudin birthday party with appearances by celebrities, reportedly including Kim Kardashian West, Harry Styles and Jon Hamm.

The world, however, has changed; the duo’s former antics would barely raise a well-groomed eyebrow on any of the Real Housewives shows these days. What could two women desperate for fame and glamour possibly do to shock anyone anymore?

Well, they could flee the limelight they sought so avidly. And in related news, they could kill Kate Moss. As Edina might say, it’s an encouraging start, sweetie. 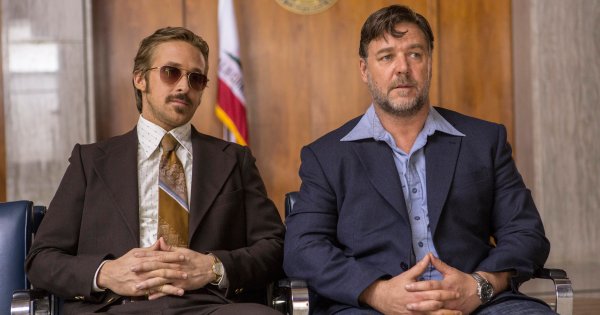 Here Are the Best Movies of 2016 So Far
Next Up: Editor's Pick