W. W. Norton & Company
Ideas
By Ruchir Sharma
Sharma is the chief global strategist and head of emerging markets at Morgan Stanley and the author of The Rise and Fall of Nations

On a trip to Santiago last year, I caught up with Sebastián Piñera, the ex-President of Chile. Piñera’s center-right party had been defeated in 2013 by a leftist opposition that offered more social spending and higher corporate taxes. Chile’s turn under the new President, Michelle Bachelet, reflected “the long history of Latin America,” Piñera said, with a hint of frustration. “When times are good, countries turn to the left, and when times are bad, they turn to the right.”

It was not long after our conversation that Latin voters started to turn right, reversing the “pink tide” of the past decade that had seen socialists rise to power in a dozen Latin American countries, mainly on the back of powerful commodity exports that had supported high levels of social spending. That changed in 2015 as global commodity prices plunged. Economic growth turned negative, and inflation averaged 15%, the highest since the crises of the 1990s.

Those bad times soon triggered the fall of one left-wing government after another. Since last November in Argentina, where zero growth and 25% inflation led to the defeat of President Cristina Fernández de Kirchner, leftist governing parties have suffered setbacks under Nicolás Maduro in Venezuela, Evo Morales in Bolivia, Rafael Correa in Ecuador and Ollanta Humala in Peru, culminating last month in the suspension of President Dilma Rousseff of Brazil.

The fall of the left in Latin America has been attributed to everything from machismo to colonialism, but I’d suggest there’s a more global story at play. In my new book, The Rise and Fall of Nations, I note that the political rhythms of countries follow a cycle that mimics the circle of life: crisis gives birth to reform, which triggers a boom, which inspires complacency, which kills reforms and leads to a new crisis. In the years since 2008—and the worst global economic crisis since the 1930s—the world has been in the grip of a largely unrecognized revolt against seated rulers, with incumbents losing as many as two out of three elections globally.

What has happened in Latin America is in part anti-left, but its gut aim is to throw the bums out. The common thread is zero to negative growth with high inflation—up to 100% in Venezuela—and a population fed up with a regime grown stale after a decade or more in power. When they suffered their recent setbacks, Morales’ party had been in office for 10 years, Kirchner’s for 12 years, Rousseff’s for 13, Maduro’s for 17. Even the most promising movements tend to grow complacent with time, running out of ideas and the will to reform.

In the wake of a crisis as damaging as 2008, nations come to a fork in the road. Some turn to reformers, others to populists making false promises. After the crises of the 1990s, Venezuela turned to Hugo Chávez, who pushed an experimental socialism under which Venezuelan incomes continued a half-century of decline. Others turned to reformers, like Álvaro Uribe in Colombia.

Today the world is at another decision point. In the U.S., despite relatively strong economic growth, frustration over stagnant wages and a fear of immigrants has fueled the rise of populists like Donald Trump. In Europe, the angry right took over the Polish government last year and nearly took the presidency in Austria last month. The center has held in big countries like Britain and Germany, but far-right parties have moved from marginal to less marginal.

While Latin America is plagued by more severe economic problems than the U.S. or Europe is, politically the news is more encouraging. In Argentina, Mauricio Macri got started with big-bang reforms. He eased capital controls, export taxes and subsidies on power and water. He vowed to restore the independence of the central bank, which is critical for fighting inflation, and settled the nation’s unpaid debts.

From Argentina to Brazil, business leaders are celebrating the arrival of new governments. This is good news, because they are mostly pragmatic reformers, not angry populists. The newcomers have the bad luck of arriving amid a historically weak global recovery, and face the challenge of reviving growth in hard times. But the fortunes of a nation are most likely to turn for the better when a new leader rises in the wake of a crisis, and today voters are throwing the bums out everywhere. That is a promising shift in the circle of life, particularly in Latin America.

This piece is adapted from Sharma’s The Rise and Fall of Nations. 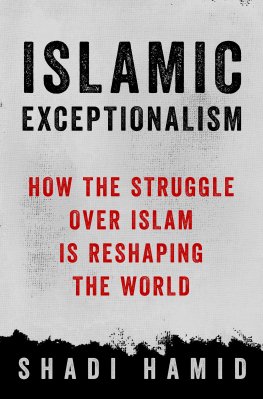 How Islam Is Different From Other Religions
Next Up: Editor's Pick