Ebola Spreads from Guinea to Liberia

Health officials in the West African country of Guinea report that the outbreak of Ebola hemorrhagic fever has killed a suspected 78 people.

The disease, which has no cure, is thought to have come from the forests in southern Guinea. It has now spread to the densely populated capital of Conakry after an infected person traveled there, proposing a greater risk than when the virus was limited to the country’s less crowded villages. Senegal also closed its border with Guinea to prevent disease spread, and will implement sanitary checks on flights between Guinea’s capital and Dakar.

Nearly six weeks passed before authorities began to identify the outbreak as Ebola, allowing for the virus to spread. As of Friday, 24 samples have tested positive for Ebola, with two confirmed cases in Liberia, and suspected cases in Sierra Leone. The patients in both Sierra Leone and Liberia had traveled to Guinea.

When victims contract Ebola, they experience fever, weakness, muscle pain, headache, and sore throat. After that, the symptoms advance to vomiting, diarrhea rash, and poor kidney and liver function. Sometimes a patient will also experience internal and external bleeding. As TIME reported last week, there is no known cure or vaccine for Ebola; symptoms can only be managed. Typically patients are dehydrated, so they are given oral or intravenous fluid containing electrolytes. They are also quarantined so that they don’t infect others. Most of the time the virus is contained because patients die relatively quickly, making it difficult for the disease to travel too far, too quickly.

“An Ebola outbreak is always something of concern because it’s highly contagious and we don’t have a vaccine,” says WHO media spokesperson Tarik Jasarevic in Guinea. “On the other hand, we know this disease. It’s not the first time we’ve seen it so we know the measures we can take. It’s not a new disease.”

Jasarevic says clinical management is the first priority for containing the disease, followed by disease surveillance. “We need to find the people who have been infected. Incubation is a few days, so we need to check who infected people have come in contact with, find those people, and see how they feel.”

WHO is helping to coordinate outbreak control in Guinea by offering expertise, clinical care, laboratory diagnosis, and data management. They have also brought two labs to Guinea to diagnose samples. Treatments and vaccines are currently under development, but most have not been tested in humans and it could be a long time before any are proven effective.

“We are telling the people here that, yes, this disease is dangerous and we don’t have a treatment, but you can protect yourself and we are working with health authorities to implement measures we know are effective,” says Jasarevic. 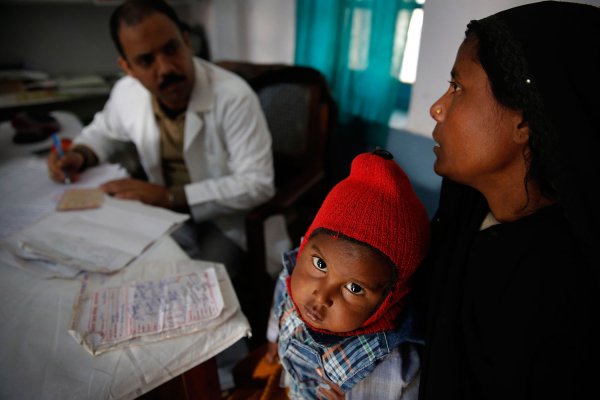 Report: Tuberculosis Severely Underreported in Kids
Next Up: Editor's Pick