A group supported by the NRA is hoping to win over women and LGBT Californians to defeat a proposal backed by Lt. Gov. Gavin Newsom to require background checks for the sale of ammunition with a pair of aggressive new television ads.

The group, the Coalition for Civil Liberties, opposes the new requirement, casting it as an effort to limit the sale of ammunition and making it more difficult for people to defend themselves.

The organization is releasing its first television ad in the state Monday targeted at suburban women, featuring a woman walking through a darkened parking structure when she is approached by an assailant. When the woman attempts to fire a handgun in her possession for self-defense, the hammer drops on an empty chamber because the weapon isn’t loaded. It concludes with the ominous slogan, “Take Away Our Rights, Take Away Our Life.”

A second, nearly identical commercial will be released Wednesday, except the character in the spot will transgender, and that ad will be targeted to areas with large concentrations of LGBT Californians.

The bill, the Safety for All Act of 2016, would require background checks for ammunition sales and ban the possession 0f high-capacity magazines that have been grandfathered under existing law. It has become a hallmark initiative of Newsom’s campaign for governor in 2018.

Richard Grenell, the GOP operative behind the ads, said the group is aiming to upset the traditional Democratic coalition in an effort to defeat the proposal. Newsom came under fire last month for suggesting that a trans woman and member of the LGBT firearm advocacy group Pink Pistols who appeared in a web ad opposed to the measure was being ‘used‘ by pro-gun groups.

“Because Gavin’s latest proposal goes too far and tramples on personal freedoms, he has opened up a real opportunity for those of us who believe in more civil liberties,” Grenell told TIME. “Gavin is losing the traditional Democrat coalitions like women, the working class and the LGBT community who are challenging the progressive idea that the government should be the center of our lives.” 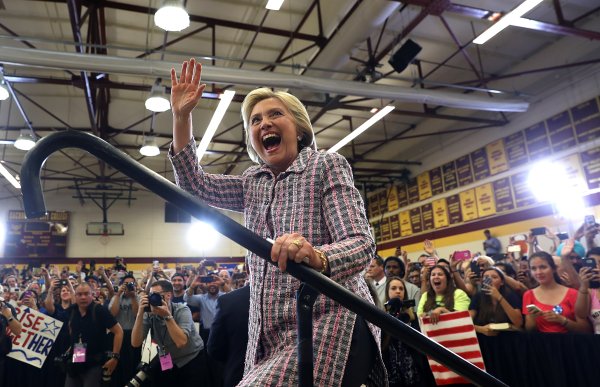