Paul Simon gave a fitting tribute to Muhammad Ali Friday night – pausing in the final verse of singing the 1969 hit “The Boxer” to tell the crowd that “the Greatest” had died.

Simon was performing at the Greek Theatre in Berkeley, California, stopped near the end of one of his final songs to say: “I’m sorry to tell you this way, but Muhammad Ali has passed away.”

An audible sadness passed through the crowd before Simon finished performing the Simon & Garfunkel song.

According to a concert review in the San Jose Mercury News, a hush fell over the audience following the news – making Simon’s final song of the night, “The Sound of Silence,” “seem all that more poignant.”

Ali died Friday at age 74 after spending his final days in a hospital being treated for respiratory trouble. 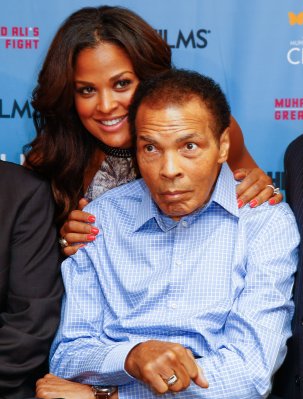 Muhammad Ali: Laila Ali Opened Up About Dad's Illness Before His Death
Next Up: Editor's Pick