Applications for U.S. Citizenship Now Higher Than During 2012 Election

Online searches and applications for U.S. citizenship have been higher in past few months than at any time during the 2012 presidential election cycle, according to data from Google and U.S. Citizenship and Immigration Services.

The latest federal data on citizenship applications shows that more immigrants are trying to become U.S. citizens in recent months, but it may be hard to link those applications to the rise of presumptive Republican nominee Donald Trump, according to immigration experts.

Applications for immigrants applying to be U.S. citizens are higher now than they were in the last election cycle. Between October 2015 and March 2016, Immigration Services received 439,887 N-400 applications for citizenship, compared to 412,414 applications in 2012 during the same period. That’s about a 6% increase.

Search results from Google reviewed exclusively by TIME reveal that search interest in citizenship peaked on January 10 and has remained high since, indicating that immigrants are looking for more information about naturalization. Many of those searching Google are likely Latino: Of the top eight questions asked in searches, seven are in Spanish.

Immigration experts say it’s hard to say whether the increase in applications is related to Trump’s anti-immigration rhetoric.

“I’m not sure that you can say all people naturalizing are voting against Trump,” Clarissa Martinez de Castro, who heads mobilization efforts for Hispanic advocacy group the National Council for La Raza, told TIME. “There is anecdotal evidence that Trump is one factor, but I wouldn’t say that is the only factor.”

The biggest reason for the surge, according to Martinez de Castro, is that it’s an election year, which typically sees high numbers of citizenship applications. More than one million people were naturalized during 2008, according to federal immigration data.

Immigration groups had been gearing up to help people affected by President Obama’s executive orders allowing undocumented immigrants to delay deportation, but with that program under hold due to an ongoing lawsuit, they’ve switched those resources to citizenship efforts.

“There was an infrastructure in place that could help people navigate the naturalization process,” Martinez de Castro said. “The process itself, like filling out the application, can be quite intimidating—it’s a long application, there’s a lot of questions in it, you may not be completely sure what they mean.”

The naturalization process takes about six months, so those wanting to become a U.S. citizen to vote would have had to apply by about March or April—at the latest—in order to have a chance to register before the general election. And immigrants applying to become naturalized U.S. citizens would have had to have held permanent resident status for five years—or more, as Martinez de Castro says many do.

“Citizenship assistance has been going on and will continue to go on,” Martinez de Castro told TIME. “I just don’t want people to get an impression that the citizenship effort sprung up out of nothing because of what’s going on right now. I think people saw increased demand in some places, but citizenship applications are continuous.” 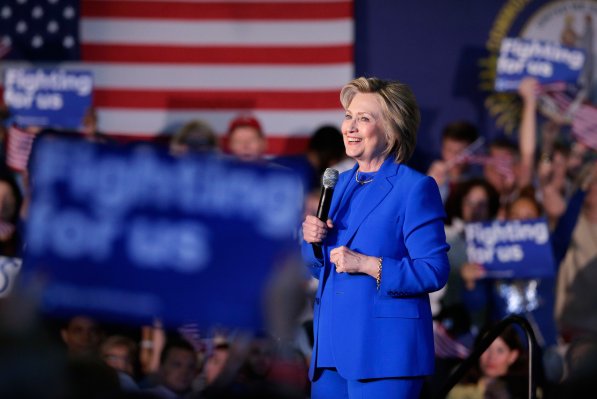 President Obama Might Make His Pick for a Successor Soon
Next Up: Editor's Pick