With the premiere of the sixth season of Game of Thrones on April 24, the HBO drama officially veered off from the books on which it is based—George R.R. Martin’s A Song of Ice and Fire series—into uncharted narrative territory. Yet despite his plan to release more books in the saga, Martin has remained integral to the show’s creative development—a move that’s been criticized by The Walking Dead creator Robert Kirkman.

In a recent interview with Rolling Stone, Kirkman—who also pens The Walking Dead comics—spoke about Martin’s decision to tell the Thrones‘ showrunners where his story is headed. “I would never do that,” he said. “That’s the one thing I’m disappointed in George R.R. Martin for doing. He should have just been like, F—k you. You make it up now, I’ll get to mine when I’m ready.”

While other fans have questioned whether there will still be incentive to read the books after the show airs, showrunner David Benioff has said this concern is unfounded. “People are talking about whether the books are going to be spoiled—and it’s really not true,” he told Entertainment Weekly. “So much of what we’re doing diverges from the books at this point. And while there are certain key elements that will be the same, we’re not going to talk so much about that—and I don’t think George is either. People are going to be very surprised when they read the books after the show. They’re quite divergent in so many respects for the remainder of the show.”

“The Broken Man,” the seventh episode of Game of Thrones‘ sixth season airs Sunday at 9 p.m. on HBO. 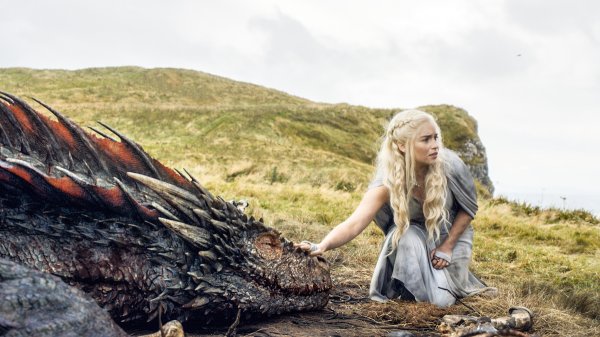 Game of Thrones' Emilia Clarke on How to Create More Strong Female Characters
Next Up: Editor's Pick