Jess Quinn lost her right leg to bone cancer when she was just 9 years old, but that hasn’t stopped her from pursuing a successful modeling career.

“I want people to walk to work and have someone like me on the billboard instead of having a Photoshopped image of a model,” the Australian beauty, 23, told Stuff.

She hopes that by appearing in modeling campaigns, she can inspire others to let go of whatever their own insecurities may be.

“Your biggest insecurity is going to eat you up just as much as mine is,” said Quinn. “We all have them, it’s just about learning not to let it beat you down. I have this opportunity to help people with that, and to make them realize you don’t need to compare yourself to someone in a magazine.”

Quinn’s next goal is to be able to run 10 kilometers (6.2 miles) by the end of the year. She has been training using a running blade for the past six months.

“It’s a bit ambitious, but I’m a massive ‘go big or go home’ type of person,” she said. “I love being outdoors, and also if someone tells you you can’t do something, you want to do it even more. I will achieve it, I’ll make sure I do.” 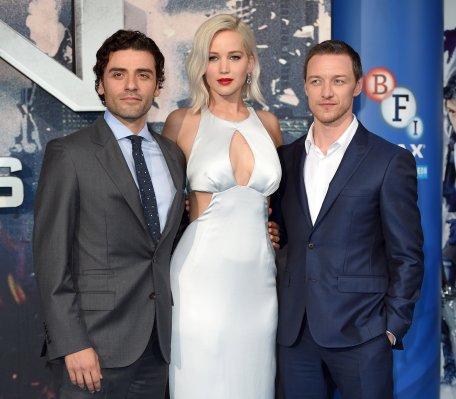 Why People Are So Upset About This X-Men Poster
Next Up: Editor's Pick