At least six people have died and hundreds have been evacuated as Texas continues to suffer from severe flooding brought on by torrential rain storms.

Texas Gov. Greg Abbott declared a state of disaster in 31 flood-affected counties after the Brazos River swelled to 54.8 feet. Anything above 51.3 feet is considered a major flood.

The above images, from NASA’s Earth Observatory, compare the river at normal levels in May 2013 and overflowing its banks on May 28 of this year.

More rain storms are predicted, meaning water levels could remain high for up to three weeks. 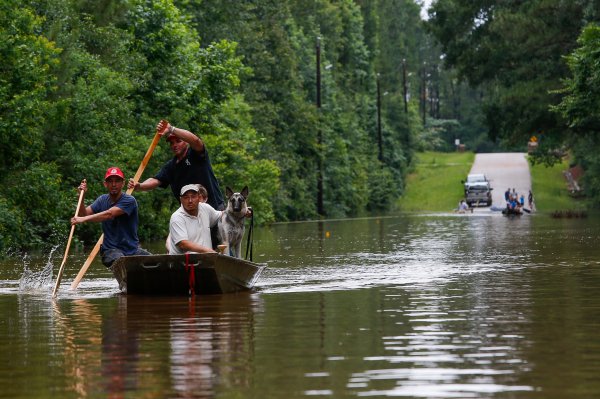 Texas Braces for More Floods
Next Up: Editor's Pick