While we’re still waiting on Frank Ocean to drop his new album, Kanye West has taken it upon himself to bless us with some new music this summer. The rapper dropped a 6-minute track on Friday morning — the first single off his upcoming album, Cruel Winter — loaded with collaborators ranging from Gucci Mane to Big Sean.

Yeezy debuted the still unnamed track on Big Boy’s 92.3 and told the radio host that the song has been in the works for over a year.

“I had the basic beat for a year and a half. It sounded right for this project,” West said. “This is the hook we should have for the first single.”

Kanye used the track to showcase the range of talent on his G.O.O.D. Music label, featuring artists like Big Sean and the newly signed Brooklyn rapper Desiigner. Gucci Mane, Yo Gotti, Quavo, 2 Chainz, and Travi$ Scott also lend their bars to the song.

West also revealed to Big Boy that the track will be significantly longer on the album.

Listen to the full track below. 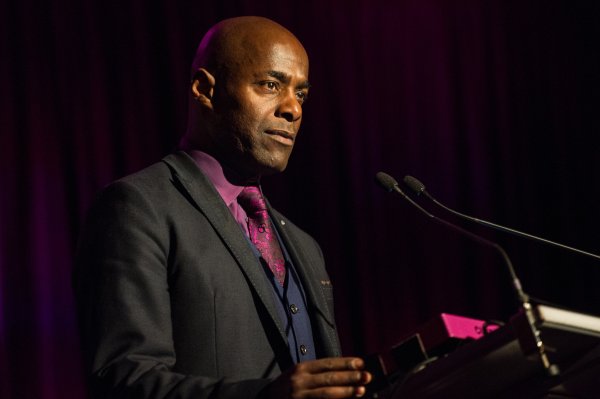 A Black Actor Was Almost Cast as Doctor Who Lead
Next Up: Editor's Pick