A U.S. Air Force Thunderbird that crashed following a flyover a performance at a commencement for Air Force Academy cadets in Colorado Springs, Colo., on June 2, 2016. The pilot ejected safely from the jet.
Jerilee Bennett—The Gazette/AP
By Denver Nicks

The pilot was the only person on board and was able to eject safely from the aircraft, walking away unharmed, officials said. According to a statement from the Thunderbirds, the cause of the crash was not immediately known.

Officials have not yet identified the pilot but according to The Denver Post the jet was likely piloted by Maj. Alex Turner, who has logged more than 1,200 flight hours with the Air Force, including combat hours over Libya and Iraq.

President Obama was at the Air Force Academy to deliver a speech to graduating cadets. 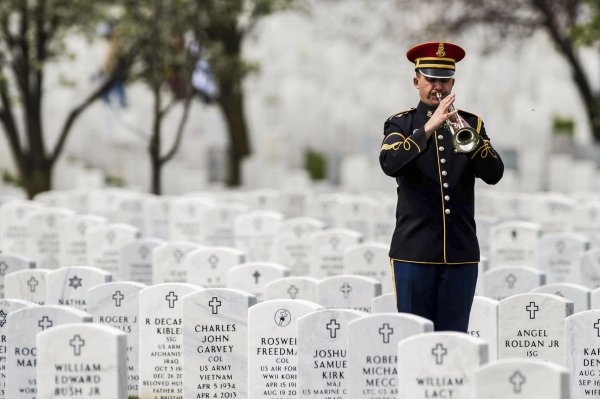