The 25 Most Instagrammed Summer Vacation Spots

For many Americans, Memorial Day weekend is a chance to squeeze in a quick trip to the beach or soak up a little culture in the big city. Since the long weekend is the unofficial start of summer vacation, TIME decided to take a look at which places in the U.S. saw the most travel-related Instagram activity.

While thousands of users did flee for the coastline, a good many more flocked to major U.S. cities like New York, Washington, D.C. and Los Angeles—though in the latter case, some beachgoers may have tagged themselves as being in L.A. while others were more specific with tagging themselves at Venice Beach or the like.

Curiously, in spite of the long flight, quite a bit of activity shows up across the major Hawaiian islands. Among continental beaches, those in driving distance to major cities saw the most activity, with spots like Miami Beach and Virginia Beach drawing large crowds. South Carolina and the Florida panhandle were also particularly popular.

It’s not possible to know for sure that every tagged photo is from a person on vacation. To get the best results, TIME started by analyzing all geotagged photos in the U.S. with the tag “vacation,” then examined which other tags were commonly associated with them. That led us to “travel,” “travelgram,” “ocean” and “beach.” 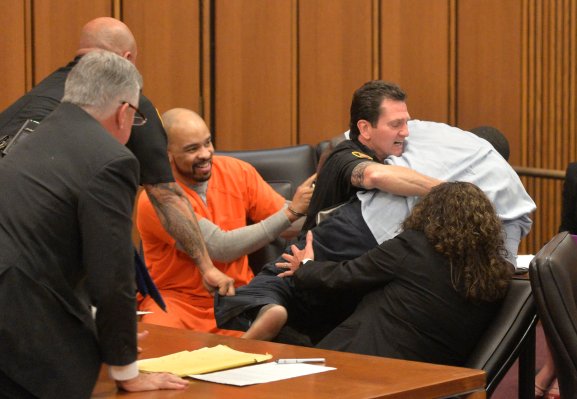 Grieving Father Attacks Daughter's Killer in Court After He Smiles
Next Up: Editor's Pick