Health Minister Michelle O'Neill with John O'Doherty from The Rainbow Project which supports the LGBT community, at the organization's offices in Belfast, June 2, 2016.
Michael Cooper—PA Wire/AP
By Denver Nicks

The Health Ministry of Northern Ireland will lift a lifetime ban on blood donations from gay men starting in September this year, reports the BBC.

After just eight days in the job as the new Health Minister, Michelle O’Neill has decided to lift the blood donation ban, which had been in place since the early days of the AIDS crisis in 1981. The new policy, which allows gay and bisexual men to donate blood after at least a year since their last sexual encounter with another man, will go into effect September 1. At present, the policy imposes a ban for life on any man who has had sex with another man.

The lifetime blood donation ban was policy throughout the UK until 2011, when it was lifted in England, Scotland and Wales. It remained in effect in Northern Ireland.

“I took the decision based on the evidence I had in front of me when I looked at the issue,” O’Neill said. All donated blood is tested for HIV and other pathogens, though tests are not 100% reliable, which is why donors are asked to comply by the one-year deferral period from their last homosexual contact before giving blood.

Politicians praised the move as a win for LGBT rights.

“Today is a victory for common sense and for equality,” said Mark Durkan, of the Social Democratic and Labour Party. 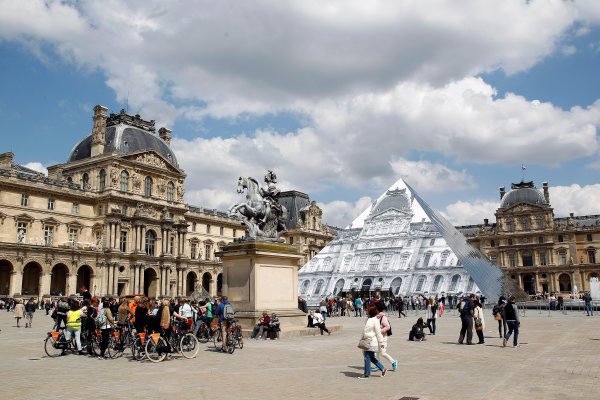 Louvre to Close Temporarily Amid Flooding
Next Up: Editor's Pick