A mother and her child visit a bronze statue of a gorilla outside the Cincinnati Zoo's Gorilla World exhibit, two days after officials were forced to kill Harambe, a Western lowland gorilla, in Cincinnati, May 30, 2016.
William Philpott—Reuters
By Denver Nicks

Apparently now just being adjacent to a viral news event is enough to stir up the blind rage of the internet mob.

The mother of a toddler who fell into a gorilla enclosure at the Cincinnati Zoo—prompting zoo officials to shoot and kill the animal out of fear for the child’s safety—has received stern criticism and worse from people furious over what they say is bad parenting that led to the death of an endangered gorilla. But now a woman who merely witnessed the event is on the business end of a stream of vitriol from the the Facebook mob.

Brittany Nicely was visiting the zoo with a small group of people, including her two young children. She witnessed the child—again, not her child—slip into the gorilla enclosure and spoke to the media about what she had seen. Then she started getting the messages.

“Just a bunch of name calling and people saying I’m an irresponsible parent,” Nicely said. “I think there’s a lot of people out there who don’t read anything. They see something, they go by what other people are saying and then they jump to conclusions.”

Nicely defended the Zoo’s decision to kill the animal and the mother’s parenting.

“The difference between her and any other parent, who is a good parent when their children get in accidents, is her’s was at the zoo,” she said. “It wasn’t at the pool, it wasn’t at a park, it wasn’t at a mall where people are getting snatched up.”

In response to the stream of angry messages she’s received Nicely has since taken down her Facebook page.”

“I’m not hiding, but people are cruel,” she said. 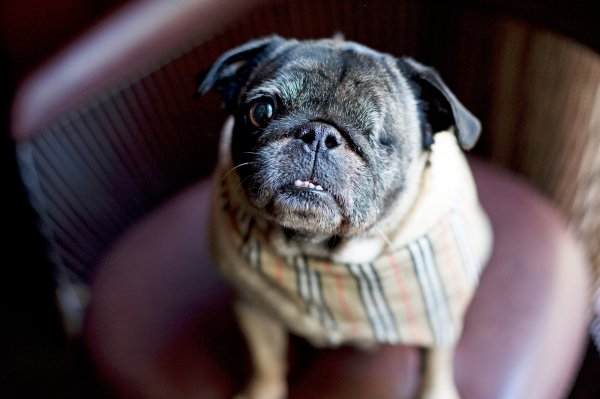 This Chicago Hotel Has a New Concierge—A Rescue Pug Named Parker
Next Up: Editor's Pick