Steph Curry and Justin Bieber Jump Into the Emoji Game

Yesterday, Kardashian West launched her updated KIMOJI — an app full of 500-plus customized icons of the selfie star, her family and her favorite things, available for download at $1.99. Think: fancy desserts, Kylie Jenner as a blonde and Kardashian West’s crying face.

Today, Curry released his own line of “StephMojis.” Also at $1.99 a pop, the app quickly overtook Kardashian West’s drop to win the week’s emoji app battle — so far. There are hundreds of variations of the Golden State Warriors MVP’s avatars to choose from, including basketball moves, hand gestures and signature phrases. StephMoji currently sits atop the Apple App Store chart for paid downloads, followed by KIMOJI.

And tomorrow, you can look forward to Bieber’s own emoji app, which he announced yesterday on his Instagram. No word yet on what his custom set of smileys will be called, or how much they will cost. Based on the Instagram post, though, it looks like we’ll be seeing a cartoonish avatar of the Biebs, copious tattoos included.

Meanwhile, your standard-issue emojis are also getting an update: later this month, 72 new ones approved by the Unicode Consortium will be added to your keyboard. Expect to see much-needed options like an avocado, a clown face and bacon.

But if your texts don’t feel complete without the option to include Kylie Jenner wearing sunglasses or Steph Curry cooking in a chef’s hat then you’ll have to pony up for those outside apps instead. 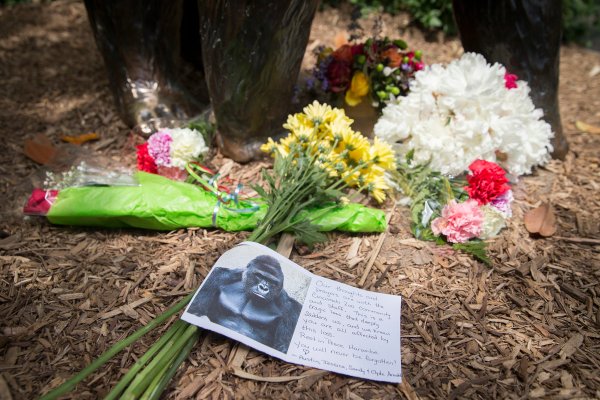 The Idea That the Cincinnati Zoo Mom Did Something Criminal Is Outrageous
Next Up: Editor's Pick