CRISPR May Work On Way More Diseases Than We Think

You may not have heard about it yet but CRISPR is one of those new genetic technologies that has the potential to radically change the way we treat disease. It allows scientists to edit DNA with a precision and efficiency that’s never been achieved before, and that means that aberrant genes that causes diseases like sickle cell anemia and the mutations behind cancer might be snipped out once and for all.

But CRISPR works on DNA, which means that any changes it makes to genes in a cell are permanent. Now, in a groundbreaking paper published in Science, researchers report the first use of CRISPR on a more transient basis. Instead of altering DNA, they used CRISPR to alter RNA, which are the genetics products of DNA that turn into things like proteins, enzymes and all of the other biological products that make the human body hum.

Applying the power and precision of CRISPR to RNA greatly expands the ways that genetic editing could help to treat diseases. Current strategies for modifying RNA are inefficient and don’t provide the control that CRISPR does. CRISPR allows researchers to target specific portions of RNA and then snip them out. That means that it may eventually be possible to replace some drugs that people have to take daily or weekly with CRISPR RNA-based therapies that occur just once a month or so.

For example, new drugs to control cholesterol by inhibiting the effects of a gene called PCSK9. PCSK9 creates a protein that binds to receptors on the liver, and destroys them. The problem is, these receptors help to pull cholesterol from the blood and keep levels down. So the more PCSCK9 that’s around, the higher cholesterol levels get. Drugs that inhibit the effects of this protein keep these receptors working so cholesterol levels stay low. Instead of getting injections of the drug every few weeks, as the patients currently do, CRISPR that’s targeted at the RNA made from the PCSK9 gene could have the same effect of disrupting this protein’s function, and require far fewer visits to the doctor.

But Feng Zhang, from the Broad Institute of MIT and Harvard, and the senior author of the paper, says that such applications are still far in the future. For one, in his study he worked with bacteria, so he is currently exploring whether the same molecular scissors he used to snip out parts of bacterial RNA will work with human RNA. But, he says, “I’m pretty confident that we will have a good toolbox for using CRISPR RNA. The early results are promising.” 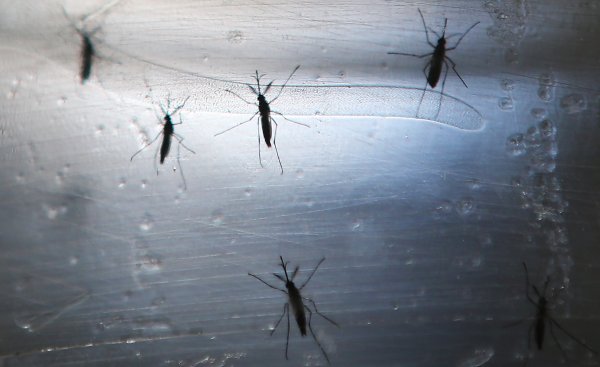 Zika Might Be Transmitted by Oral Sex
Next Up: Editor's Pick