The Park Hyatt on Chicago’s famed Michigan Avenue has a new employee—Parker, a one-eyed pug.

Parker was rescued from an unfortunate situation in Tennessee, suffering from an irreparably damaged eye. PAWS rescued her, patched her up, and brought her to Chicago, where she was eventually found by Brindell, who calls her “a sweet, plump couch potato.”

Parker now calls the Park Hyatt home, spending her days hard at “work.” She even has a uniform—Parker wears a Burberry bandanna as she roams the hotel greeting guests, attending staff meetings, or relaxing in the rooftop garden. The hotel staff makes sure she gets regular walks, meals and medication. “[Parker] brings in an element to hotel environment that was not there before,” Brindell said.

No word on whether anyone has read Parker the story of Eloise , the young girl who famously ran the Plaza Hotel, but it sounds like the pug would give her a run for her money. 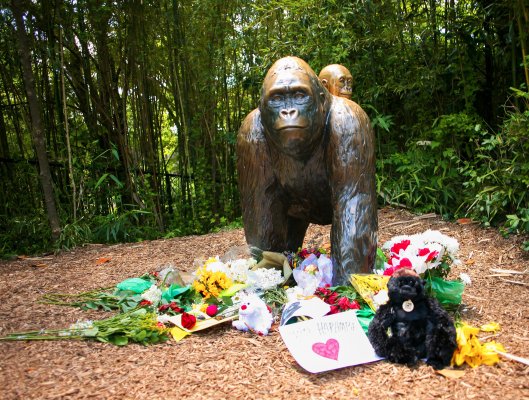