The production of Harry Potter and the Cursed Child released pictures of Draco and Scorpius Malfoy today, adding to the trove of Potter and Granger-Weasley family portraits that were revealed before the play’s previews begin next week.

First glance at that hand and shoulder contact tells us that the very blonde father/son duo may not have the warmest relationship.

Scorpius (played byAnthony Boyle), whom we know very little about, is not necessarily approachable in his solo shot, but does have a softness in his eyes that suggests trepidation or some other sort of character depth.

And exciting news: that’s definitely a ponytail hiding behind his shoulder (check out the below clip for a shot of the artfully tucked blonde tresses from the back). 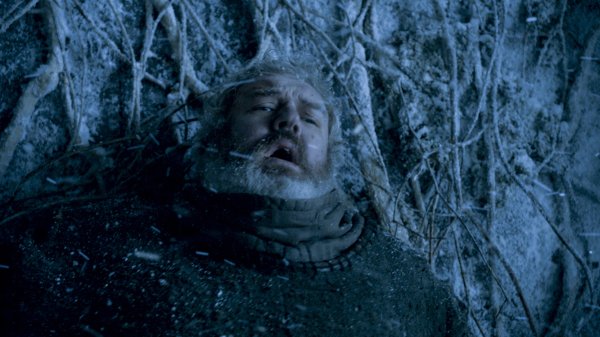 The 'Game of Thrones' Director's Original Ideas For the Door Scene Were Horrifying
Next Up: Editor's Pick