Illustration by Brobel Design for TIME

How to Stay Married

The Rise of Ad Blockers

States End the Tampon Tax After the ‘Year of the Period’

The CEO and chairman of General Motors believes in speed, self-driving cars and not deciding too early who should be President

Predicting the Next Great American Novel

Clarke, 29, may be the fierce Khaleesi, Mother of Dragons, on Game of Thrones, but she’s much bubblier in her new movie, Me Before You (out June 3), based on the best-selling novel. In it she plays Lou, an aide turned love interest to wealthy quadriplegic Will (Sam Claflin).

A New Push for City Commuters on Two Wheels

Electric bicycles are a staple of commuting around the world, and the U.S. could be next

Stop Mommy-Shaming Over the Gorilla Incident

It could happen to any parent

A Bus That Skims Over Traffic

Chance the Rapper Colors Outside Lines

A new government study on rats linked cell-phone radiation to cancers of the brain and heart. It’s not the final word on the matter, but this research adds evidence that will lead to further study in humans.

Why a Seemingly Perfect Attack on Donald Trump Missed its Target

He excels at “winning the news cycle”

How Islam Is Different from Other Religions

A British Decision to Leave the E.U. Could Leave Its Economy Paralyzed by Uncertainty

Uncertainty undermines the confidence of business leaders and investors

Adolescence Is a Mystery In The Fits

On Politically Correct Language: Don’t Knock It ‘Til You Try It

Zimbabwe pardoned at least 2,000 prisoners on May 23 in order to create more room in its congested national prison system. Here are recent mass pardons that have taken place, and why the prisoners were let go.

O.J.: Made In America Explores Why the Juice Couldn’t Set Himself Loose

Iraq Faces Major Challenges In the Fight for Fallujah

Me Before You: A Three-Hankie Dose of Charm and Waterworks 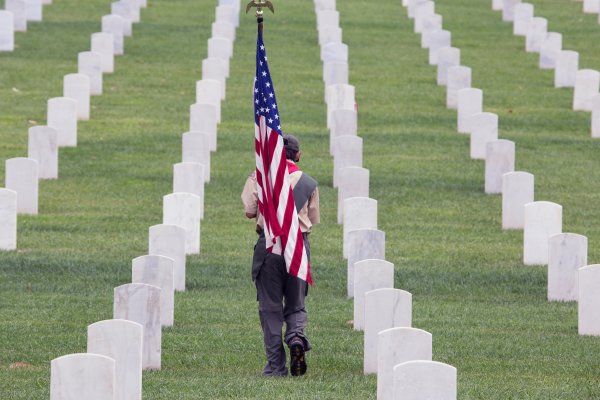 How to Make Memorial Day Meaningful to Kids
Next Up: Editor's Pick