Which Donald Trump is Hillary Clinton Running Against?

If you only read one thing: The Democratic struggle over how to define Donald Trump is reaching a critical juncture. Much like the 2012 debate over whether to define Mitt Romney as a flip-flopper or a radical conservative, Hillary Clinton’s team faces a similar challenge with Trump, who has been on all sides of most issues and has offered easy opportunities for political attack. But the challenge for Team Clinton is to avoid swinging at every opportunity, and instead to contextualize its criticism of Trump as part of a larger case against him. But which case to prosecute? Her campaign has shifted between casting him as an unpredictable danger—much like Romney’ s flip-flopping—and as a right-wing ideologue. In a foreign policy address Thursday, Clinton will lean-in on the notion that Trump is a danger to the country, but it’s not yet clear that is her campaign’s final answer.

Donald Trump found himself on the defensive Thursday over his now-shuttered Trump University, which is facing multiple lawsuits alleging it was a scam. The release this week of internal documents showing how salespeople targeted those with credit card and other debt, as well as misguided comments about the housing crisis have Democrats suggesting Trump will do anything to get ahead. Clinton ‘s campaign took to resurfacing old Republican attacks on Trump on the issue as Trump’s campaign released a video featuring former Trump University customers praising the programs.

President Obama delivered his most political comments in response to Trump’s rise, delivering a rebuttal to GOP economic policies. In a seeming break from other Democrats, Obama sought to cast Trump as an extreme version of the Republicans who have stymied him at nearly every turn in his second term. Obama also laid the groundwork for moving swiftly to end the Democratic primary once Hillary Clinton clinches the nomination Tuesday, signaling an endorsement is forthcoming as soon as next week. Meanwhile, Bernie Sanders continues to draw distance from the Democratic president.

How Trump stayed cool in Sacramento. Clinton aide who set up email server to plead the Fifth. And the war among Trump’s super PACs.

Hispanic Official to Leave R.N.C. in Sign of Disaffection With Donald Trump
Emblematic of party struggles in the age of Trump [New York Times]

President Obama: GOP Economic Agenda ‘Not Designed to Help You’
TIME’s Maya Rhodan on Obama weighing in on the 2016 race

“You know he seems to do a good job mentioning his own name. So, you know, I figured I’ll let him do his advertising for him.” — President Obama to PBS Wednesday on why he doesn’t mention Donald Trump’s name

‘I Can Watch It on TV’: Excuses for Republicans Skipping a Donald Trump Convention [New York Times]

The Man Who Could Dash the GOP’s Tax Dreams [Politico] 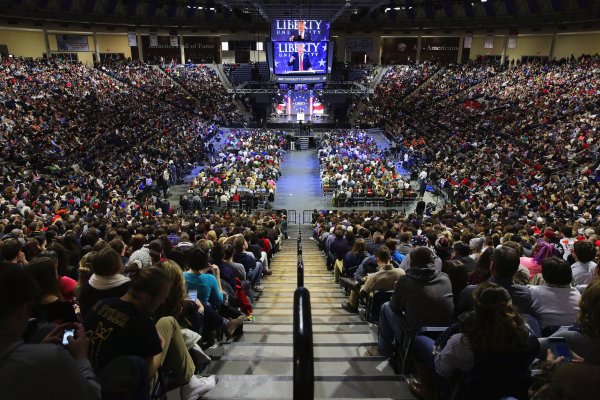